For those of you that need more than the 64 GB of storage that is currently a ail blue on the Apple iPad 4, be at peace my friends because now you can double the memory and purchase the iPad 4 with 128 GB of on board memory. Starting next Tuesday February the 5th, two colors of the iPad will be releases at a cost of $799.00 for the wifi only version and $929.00 for the wifi plus cellular data version. The two colors of course will be white and black.
With more versions of the iPad available and with pricing lowered on each of the earlier models, now Apple can really drive profits on the flagship device to help offset having the less expensive brands. But at $930 dollars can you continue to justify the expense and not just get a Ultrabook that is more powerful or in this case a MacBook Air? I can only justify $500 dollars for a shiny new tablet from our fruit friends. To save the $130 dollars I have opted for the data sharing plan from AT&T that offers free tethering. With iCloud, Google, and Dropbox solutions I am at a loss to see why anyone would need that kind of memory on a tablet. There is iTunes Match and Netflix for the serious media streaming folks. Slacker and Pandora for music enthusiasts.
With over 300 millions iPads sold, Apple is clearly got the recipe right as they are already working on a fifth version of the full size tablet and a second version of the mini said to include a retina screen. According to Apple there are over 300,000 apps especially suited for the iPad as well.
So get your 128 GB Apple iPad 4 on starting next Tuesday and get ready to drop a bundle for all that storage.
For more information head on over to Apple for the full announcement. 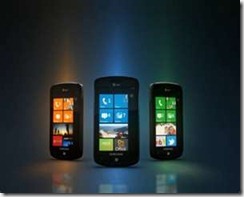 I Am Number Three: A Windows Phone Tale