Many undercover agents were killed trying to gather this information which could potentially avert an major global take over attempt by Steve jobs and Apple. These courageous patriots risked all to bring counter global terrorism experts information regarding LocationD. Sounds funny huh? Well, it may not be as sinister as I tried to colorfully write, but it is none the less cause for concern.

LocationD was discovered by Pete Warden, founder of Data Science Toolkit and Alasdair Allan a researcher at Exeter University in the UK when “according to Allan, the feature was discovered by accident while researching what data was retained on the iPhone”.

“I started poking around in the backups on the Mac and stumbled on a directory called LocationD,” he said in a O’Reilly Media video chat about the tracking feature. Inside that directory, Allan found something called “consolidated.db,” a SQL log file containing latitudes, longitudes and cell phone IDs.

This isn’t a couple of records recorded either. It appears that an average of 100 data points a day were collected and file could contain as many as 220,000 wireless data points all with time stamps revealing all about your travel tendencies. The file also contained WiFi Mac addresses and approximate latitude and longitudes of the Wifi access points.

It was noted that the contents of the LocationD file was not being collected by Apple. This doesn’t make me rest any easier but it stands to reason that Apple had some kind of intentions behind collecting this sort of information.

Below is a video of Warden and Allan talking about their findings on LocationD which is pretty interesting. They cranked out a FAQ that has a lot more information about the implications that this file could have and the obvious security issues it opens up.

Lastly, and this should come as no surprise, Apple has not immediately responded to requests for comments on this hidden little tracking beauty embedded in all iOS 4.X iPhones.

Thanks to Bryan B for sending me the tip! 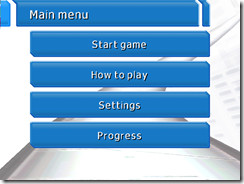 Microsoft Opens Live Messenger to All; Standalone or Built Into Any...