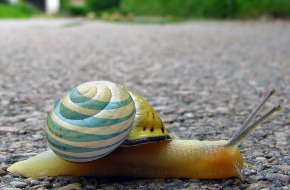 Hey Doc, I don’t care what whose sources either you or Engadget are using to even suggest AT&T has figured it out, specifically that AT&T’s throughput in New York City is the best in the business at 1523kbps which would be several times faster than what I’ve seen routinely in midtown Manhattan during business hours (but who knows, maybe these men are testing at 4am on Sundays and are not just making these numbers up), AT&T still su… AT&T still has room for improvement. A whole lot of room to fill with improvement before they even think of deploying LTE. But that hasn’t stopped them.

What’s LTE? It’s the next 3G. So naturally they’ll be calling 4G, and you’re going to be hearing that a lot soon if you haven’t been already. To be more specific, it stands for Long Term Evolution, and the specifications include downlink rates in excess of 100Mbps, 50Mpbs uplink. That’s 300 times faster than the last speed test I conducted just a second ago which is a small fraction of the speeds I thought I had signed up for. Right now I believe I’m supposed to be getting 7200Kbps with this 3G thing, which I realize is one of those theoretical numbers, but is maybe 1mbit/s too much to ask in Manhattan? Yes it is. Since the iPhone explosion things have gone backwards steadily, meanwhile AT&T has impressively raked in more and more subscribers and, to my amazement, a few praises from the likes of Gizmodo. Any improvement you might be hearing about (but probably not noticing firsthand) is what I’d like to call either a lie, an exaggeration, a huge contortion or if it is in fact real, a dead cat bounce which will become pretty visible if that iPad is another huge surprise. However if that happened I suppose that would legitimately be a surprise.

In addition to putting up many thousands of new cell towers that support the technology, AT&T will need as usual to beef up the pipes connecting all those towers to the cloud, aka the backauling, otherwise the only function having set up ten thousand fancy towards is to brag about it in press releases. My prediction? They’ll race Verizon to make that first announcement that they’ve flipped the LTE switch on in one or two markets, a race they’ll most likely lose to Verizon, it will work enough to impress Engadget and PCWorld, they’ll light up more places over time, Luke Wilson will start flapping his lip about it, but what they won’t do is ramp up the entire infrastructure fast enough to handle the LTE specifications. They’ll take their sweet time with that. Years. AT&T will put up towers faster than they will ramp up the general backhaul in places with and without LTE being implemented (not to mention all those places without 3G even ready), and you can quote me on that. Meanwhile the Europeans will continue to laugh at us.

Let’s suppose they managed to do it right. What the hell can someone do with 100Mbit/s on a phone? Isn’t 1080p with surround sound a little overkill, even for a Windows Phone 7 device? Even for a netbook? What kind of car battery do you need to power a phone that’s churning through that level of throughput? Once upon a time when my AT&T phone could get 1100kbps sustained it would get hotter than the pile of boloney AT&T shovels in our mouths, draining the phone’s battery just as fast as the phone would charge. Another thing I don’t buy is how the iPhone’s popularity continued to catch AT&T of guard year after year since 2006. Ever wonder why AT&T had HTC sell phones from years ago with the front cameras stripped off? Because they weren’t inclined to make sure there would be plenty of infrastructure resources to comfortably accompany video conferencing.

What I’d like to see is AT&T leaning over to Wall Street to say this: “Hey listen fellas, for the next five months or so (gotta lowball them) we’re going to be reporting losses but it’s cool and it’s for a good eventual cause so cut us some slack while we catch up with Europe (not to mention Verizon). Hey, when it’s over maybe you’ll have enough bandwidth to report buy recommendations for our stock with from your phones. It’s better we take the plunge all-out and get it over with so please Wall Street be cool baby do everyone a favor and don’t let your clients sell their shares.” Then I’d like to see them dump the amount of cash, some of which they have liquid and ready to go and plenty of which they can get elsewhere, into this that their technicians advise, not their top brass (somewhere in between would do). Otherwise not only will Verizon customers deploy LTE right well ahead of AT&T and do it well, their customers will in fact finally be able to talk and surf at the same time which means they’ve got to redirect all that LTE development money back into corrected Luke Wilson ads.

Damnit AT&T just hire me already. I got my parents on a family plan and just sorta snuck onto it so I don’t want to change carriers even though you’ve twisted my arm to the breaking point. It hurts. Some people are proud of their carriers and I want to know what that feels like without having to start paying my own bill. Bring me aboard and let’s see what happens.