On occasion I post on Apple rumors because largely it is wishful thinking on my part especially pertaining to any rumor of a larger screened iPhone. Even though my biggest pet peeve with Apple seems to be working it’s self out, it would also seem Apple is keen to increase the size of their iPad as well. Dubbed the ‘iPad Pro” in all the rumor mills, there has been analyst speculation and a variety of leaked prototype devices like the one attached below. The iPad Pro is said to be 12.9 inches and obviously have a much larger screen.  The Wall Street Journal last year reported that Apple was testing larger screen versions of the iPad. According to Apple analyst Ming-Chi Kuo however it was unlikely we would see a larger screened iPad in 2014 but Apple still had it in the “pipeline”.

Honestly the value of a larger than 10 inch screen iPad seems a little lost on me. Really the iPad without any peripheral device capabilities like USB or software that would support a mouse makes the larger screen nothing more than a glorified media player that the iPad really is. I could see some really practical business solutions to the iPad pro with improved memory, peripheral device support and the ability to use a mouse which could perhaps replace the need for a laptop. As much as I like the iPad I have not been able to fully depend on it when I travel. The company I work for in fact is testing Microsoft Surface Pro grade tablets to replace the company issued iPads and Laptops we are issued. Something I am hoping I can be one of the first beta testers of!

So the whole iPad Pro which will undoubtedly come in at a substantially higher price than the current iPad version, leaves me a bit underwhelmed if Apple cannot improve the business class needs of the iPad as well. What say you? Sound off and drop a comment. 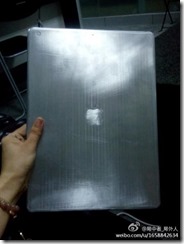 I’m Not Enraged By Apple’s iBook Author EULA–I Must Be Doing...