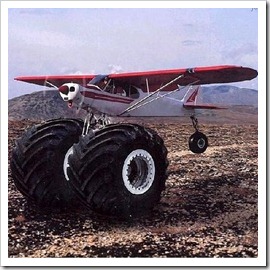 About to fly to Hong Kong and later Bali for our honeymoon. It’s a transpolar flight, crossing over Santa’s factory, which means there will be some magnetic intrigue. Also because it’s so burrr cold up there and because you don’t want your jet fuel to freeze on you (total bummer if that happens), according to Wikipedia at least, the pilot may need to fly up and down a lot to find the warmest air.

That blows my mind that I’ll be able to monitor both what happens with the compass on my phone and also with the GPS software, the altitude changes, giving me a further appreciation both for my phone and for the pilots of transpolar flights. At the end when we get off the plane I want to be able to say, “Hey Captain I saw what you did around 90°N and just wanted to say good thinking on your part that counterintuitively you’d find warmer air about 47,350 feet and I’m impressed.” But I need good data from my phone in order to be able to blow his mind that a passenger both read wikipedia and somehow monitored his altitude otherwise he’ll see right through me and call me a wannabe phony or weirdo. I can’t let that happen, not in front of my wife (whose eyes will be rolling either way).

So my question is, to those of you who are obsessed with such things too and run Android, what software should I arm myself with for aviation navigation activity? BeeLineGPS / VisualGPS for WinMo was my favorite thing about WinMo. Even wrote the developer once saying C’mon buddy release it for Android but he said he’d only think about it. What’s the closest thing like that for Android? Am I basically covered with GPS Test Plus? And any recommendations for offline mapping?

Sixteen hour flight. I’ve got three batteries fully charged. Between the batteries and all my industrial-strength sleeping pills I think I’ll be covered, just need some software tips from you. In return I’ll export my flight path in KML format so you can look at it (you’re welcome). Oh and since I bought RockPlayer, any movie recommendations you’ve got would also be appreciated in case the GPS stuff magically gets boring to me or I freak a stewardess out.