Just skimmed a headline on Google News that Google defector turned Yahoo CEO Marissa Mayer just announced some sort of overhaul (tl;dr) to Yahoo’s news site. I’d never been to it and I’m actually not even sure if it had existed, other than maybe some sort of personalized homepage widget, and I love my own customized Google News to death and between Google News, Google Reader and Google Alerts what the hell else is there that I could possibly need to keep up with, you know? But what the hell, this woman’s a beautiful genius so I’ll test it out. Mainly out of respect for what she contributed to Google.

Assuming this is customizable, any suggestions as to what topics I should add? On Google News I’ve got a section for Chromebook, Google, Eric Schmidt, North Korea,“Eric Schmidt” -“North Korea” (to get Schmidt stories that are unrelated to North Korea), Java, Microsoft Surface, Windows Phone, Blackberry, Google Nexus, Samsung, Nokia, HTC, 4chan (don’t ask), Google Fiber, Android tablet sales, site:mobilitydigest.com (so that I can spot if we ever make it onto Google News, ain’t gonna happen though, at least not with the crap I write) and Google Activesync. Perhaps I should dump that exact lineup into this Yahoo thing and see which pleases me more. But that Marissa Mayer, … oh man, you know? Yeah, I think you know what I’m talking about. Anyway, just giving you heads up. Top news baby. Skip to the update!

PS: Allow me to remind you what the User Experience Queen looks like. Action shot!

What’s that, some kind of factory? Whatever, you’re abfab baby! 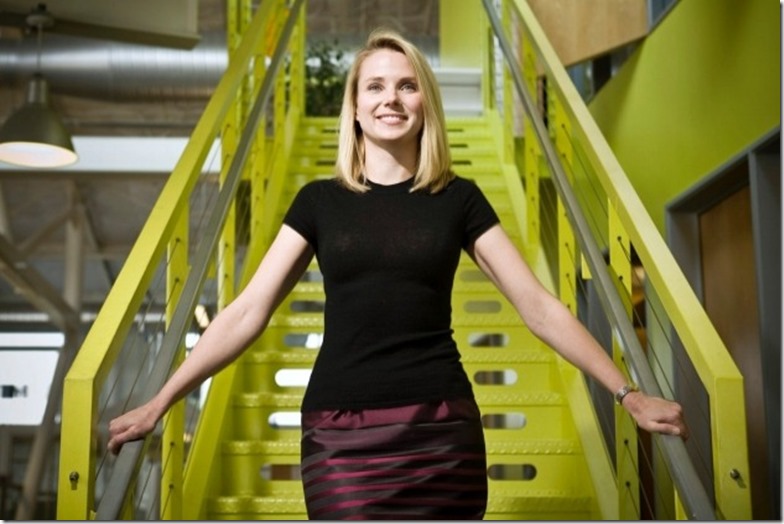 Hey does Yahoo have a Google Images kind of thing? That was the best I could gouge out of Google.. 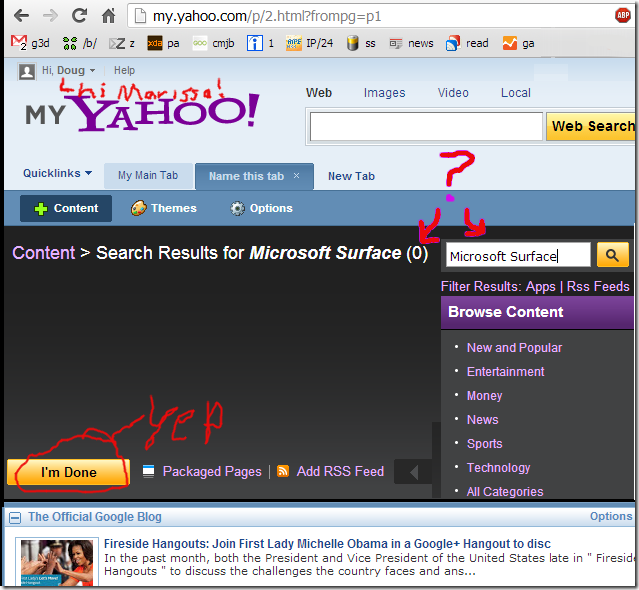 Update 20/02/2013 19:06:32 Zulu: Okay so I’m in what I think is this Yahoo News section, trying to customize it as I would Google News, and I try searching the things I mentioned, I come up blank for all of them except for Google. When I search Google, I get to add the Google News package. Am I on the wrong part of Yahoo?

I can add RSS feeds, so theoretically I could make Google Reader RSS packages of Google News searches and bring them in here, but… but I’m obviously not going to do that. So this is supposed to be an improvement over something that was not as good as this? Pic related:

Running out of exploratory energy. 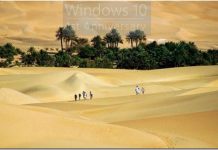 A Rant And Poll Concerning Digital Cameras vs. Camera Phones