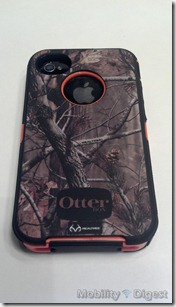 October marks the beginning of Hunting Season for many of us around the United States kicking off with bow season on the 1st and then following up with gun season in November. I started hunting when I was little with my dad take me too hunters safety course when I lived in Michigan. Hunting kept me busy until I like took some time off and began hunting other game (cough). Since getting married, I have found myself getting back in the woods and getting ready to take my son hunting with me like my dad did me.

Hunting has a lot of waiting involved which causes most hunters to succumb to the exhausting rigors of the hunt and ultimately take a nap. However I never been able to nap like other hunters which resulted in me just being bored out of my mind. Thankfully things have changed dramatically as of last few years when I was amazed to see that my hunting land has got a solid 4 bars of signal and a decent EDGE data connection. Welcome the tech geek to hunting! Last year my iPhone 4 accompanied me on the hunt and those down times between any action were filled with text messaging my buddies who were hunting with me, using the GPS, cruising the net, and even keeping up with mobile tech via my RSS reader. I even used my flashlight app to help me climb out of the stand.

Now most of my hunting buddies are not tech geeks like me, but a fair number of them are now using the iPhone to keep connected and use some of the same features I just described. If you are this hunting geek, then check out what OtterBox just launched for iPhone 4 and 4S owners! The OtterBox Defender Series with REALTREE CAMO is here!

The OtterBox Defender Series with REALTREE CAMO has four different case designs to choose from with either black or hunter orange polycarbonate inner and two different CAMO prints from REALTREE on the outer silicone sleeve to choose from. Check them out: 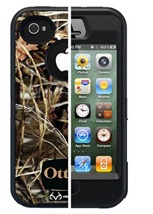 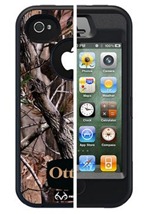 How well do the OtterBox Defender Series cases work? Well, I have two complete reviews already done on this case to help convince you that this is an excellent investment to protect your iPhone 4 or 4S. Make sure you check them out here:

OtterBox kicked out a pretty cool promotional video below and I have my own photo gallery below that for you to check out as well. 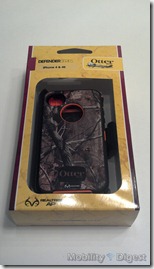 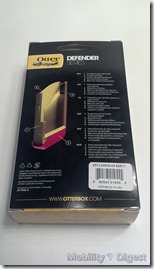 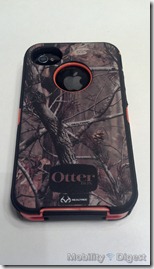 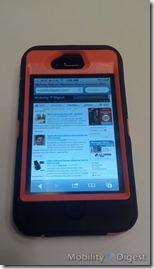