There is no doubt that a key driver to the Android Device platform is the Motorola Droid. The Droid has been a huge success compared to even the Nexus One by Google.Even with the aggressive release of Android Devices such as the Verizon HTC Droid Incredible and the newly released Sprint HTC EVO 4G, the Droid is still selling well. But Motorola is not going to let the momentum of the Droid slow down and we now have confirmation the Verizon will be getting the Motorola Droid Xtreme MB810! (via: phonearena)

Now here is where it gets good with some exclusive leaked photo’s that were scored by DroidLife. Looking at the pictures below, it is hard to miss the dual led 8mp camera and a HD Video tag under that. Even though it was rumored to have Android 2.2, it does look like this device will at the very least be introduced with 2.1 on it. Check out the photos below and enjoy the Motorola Droid Xtreme MB810! 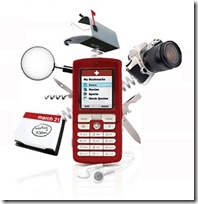