Back when the original iPhone 4 came out, there was a certain place that if you held your iPhone, it would drop a call, or most generally, lose bars of signal. This was only true if you were using your iPhone 4 without a case. Apple’s response to this was:  "Gripping any mobile phone will result in some attenuation of its antenna performance, with certain places being worse than others depending on the placement of the antennas. This is a fact of life for every wireless phone." Apple in fact did a pretty poor job handling this issue, that for most, was not an issue at all. After looking the other way for a time, Apple offered free cases to owners and then discontinued it. Essentially saying that it is a known issue, get over it. I happen to own an iPhone 4 and was a power user of the device until I got the iPhone 4S. I never  had an issue with the Antenna and feel that the problem was pretty inflated by the media. My personal experience with the iPhone 4 was that it did in fact drop some calls, but it was no where near the reported problem that we were being told about. I would also add that I live in a very rural area where I am driving in and out of 3G coverage daily. Never dropped a call. I’m sure that others may experienced some issues, but I did not.

Which brings us to today and the now reported battery problem with iOS5 and the iPhone 4S. There has been a lot of reports that the battery life has decreased significantly. Here again I can confirm that my battery life did suffer some, but no where near the amount that is being reported. Turning off Siri and the multitude of location services. Apple has been very good in acknowledging the battery issue some customers have been having and even went so far as to allow certain device owners to test the 5.0.1 update we all got yesterday. Not bad Tim, I like where you are going with Apple’s customer service. So Apple issues the 5.0.1 update yesterday and the update process was flawless. I was very impressed with it. The actual update itself for me and our other iPhone 4S team member Chris Leiter has improved the battery performance. Chris says: “Not a single issue and my battery life is back to iPhone 4 like levels. This guy is doing something wrong. “  I am not ready to conclude that 5.0.1 is back to the impressive iPhone 4 battery consumption, but I will say it has improved over the iOS5’s battery consumption.

So where is all this coming from and more importantly  has anyone else experience these types of problems?  Drop a comment and let us know. Lastly, and this is my own observation, is Apple losing some of the limelight that it once had? I just recently got my AT&T Wireless magazine and it was full of all their 4G devices and 4GLTE rolling out, but not one thing mentioned about the iPhone 4S. Android of course has saturated the marketplace with devices and has some seriously impressive specs built into the device. Windows Phone launched Mango and it was very well received. The devices rolling out for WP are also pretty impressive. So is Apple losing some of their limelight and have begun suffering from harsh media criticism? 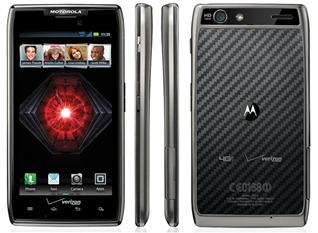