These are always interesting to look at as I apply them to my immediate group of friends and wonder how accurate they are. Brian Meller at Kwikboost emailed me the attached infographic and stated how they interpret that Android users are more concerned about their operating system than Apple owners and that Apple owners are more concerned about battery life. 33% of Apple owners were concerned about the OS compared to 41% of Android owners. Battery life tilted slightly in favor of Apple owners 38% to 33%. There were some more shocking numbers on this infographic also. First is the heavily lopsided Android survey responders. 4500 Android owners voiced their opinions where only 779 Apple owners. What are all the Apple owners too satisfied with their devices to respond? Another interesting tidbit was the amazingly low return of female responders. 7% of of the Apple responders and 3% of Android responders. C’mon ladies!

The last bit information I found puzzling was the low score that phone size, screen size and durability received. First the phone size on Apple’s iPhone is pretty good. Excellent one handed operation and navigation where most flagship Android devices have no chance of wrapping fingers around. Next is the screen size. Yep I’ll admit it! I got some Android Screen envy! I fricken’ HATE the iPhone screen size. Lastly Durability? Have you ever help a Samsung Galaxy device in your hand? The plastic outer housing is incredibly cheap feeling and has been so since they started making them. There are some other interesting facts at the bottom. Drop a comment if you disagree or hell, flame the crap out Android or Apple. Light up the comments. 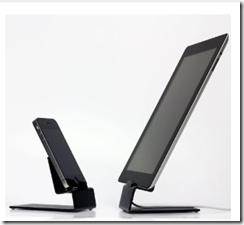