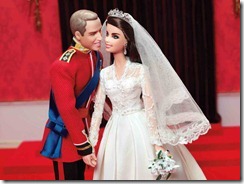 Word on the street is that Google is about to submit their own Google Maps app for iOS (yup, packin’ turn-by-turn), though Google is not optimistic that Apple will let it sail through the approval process. I am.

What I do know about Apple’s App Store rules is that they were written in a manner such that Apple can reject basically whatever they want, including what would be a very popular app that is across-the-board superior to most of the apps of similar functions already on the App Store, including, perhaps, Apple’s own map app. Apple screwed the pooch so badly with their maps app that the CEO, like a shamed samurai, actually apologized (“We are extremely sorry..”), when the volume of anger amongst their patrons was just too strong to ignore. Worse than Antennagate.

Whether the Apple maps app has improved significantly since its release or not doesn’t matter, there has got to be plenty of demand for Google Maps with turn-by-turn, vector imaging and whatever goodies they include, with momentum on that demand that will linger for some time. Also, some people just like Google, period. People want this app now. If it gets rejected and leaked, people will jailbreak for the sole purpose of running Google Maps, you watch.

Assuming there’s no glaring defect with it, I don’t see how it could be, for a company that apologized like this and told its patrons to try out Garmin and Waze while they work the kinks out, politically acceptable, or possibly even legal, to reject or indefinitely delay Google’s impending submission. I see that as generating too much blowback for it to be worth A) the satisfaction of snubbing Google and B) whatever competitive advantages of adoption and migration to their own maps app would be sacrificed by approving Google’s app and giving its users a very viable alternative to what by virtually every account I read was a garbage navigation app nowhere near acceptability.

And if they reject it, forget the “duplicating functionality” bull, this will get plenty of attention and they had better dream up a brilliantly convincing reason why fending off this app is in the interests of its loyal customers — or even Apple for that matter.

Maybe if Jobs were still around I’d be singing a different tune. But what do I know…