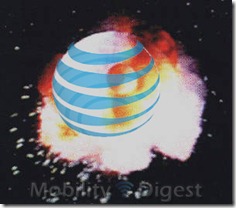 The rumors have been circulating and now it has become official that AT&T has given up on acquiring T-Mobile from Deutsche Telekom. In the agreement formed with Deutsche Telekom back in March 2011, AT&T would pay 4 billion dollars should the merger fall through.  I cannot even imagine how painful writing that check is going to be and how AT&T would plan to recoup a loss of that nature. Further, AT&T has entered an agreement with Deutsche Telekom which will involve international roaming. The details of the roaming agreement have not been made public.

Not a good day to be standing around the AT&T water fountain and it’s my bet there are a lot of people ducking around the corporate AT&T suites as things are probably being thrown at the life size Fathead of Sprint’s CEO Dan Hesse that AT&T has had made and posted around the office with a bull’s-eye on his forehead. The US DOJ and FCC probably wont be on the Christmas Card mailer list either.

Check out the fill press release by AT& below.

AT&T Inc. (NYSE: T) said today that after a thorough review of options it has agreed with Deutsche Telekom AG to end its bid to acquire T-Mobile USA, which began in March of this year.

The actions by the Federal Communications Commission and the Department of Justice to block this transaction do not change the realities of the U.S. wireless industry. It is one of the most fiercely competitive industries in the world, with a mounting need for more spectrum that has not diminished and must be addressed immediately. The AT&T and T-Mobile USA combination would have offered an interim solution to this spectrum shortage.  In the absence of such steps, customers will be harmed and needed investment will be stifled.

“AT&T will continue to be aggressive in leading the mobile Internet revolution,” said Randall Stephenson, AT&T chairman and CEO.  “Over the past four years we have invested more in our networks than any other U.S. company. As a result, today we deliver best-in-class mobile broadband speeds – connecting smartphones, tablets and emerging devices at a record pace – and we are well under way with our nationwide 4G LTE deployment.

“To meet the needs of our customers, we will continue to invest,” Stephenson said. “However, adding capacity to meet these needs will require policymakers to do two things. First, in the near term, they should allow the free markets to work so that additional spectrum is available to meet the immediate needs of the U.S. wireless industry, including expeditiously approving our acquisition of unused Qualcomm spectrum currently pending before the FCC.  Second, policymakers should enact legislation to meet our nation’s longer-term spectrum needs.

“The mobile Internet is a dynamic industry that can be a critical driver in restoring American economic growth and job creation, but only if companies are allowed to react quickly to customer needs and market forces,” Stephenson said.

To reflect the break-up considerations due Deutsche Telekom, AT&T will recognize a pretax accounting charge of $4 billion in the 4th quarter of 2011.  Additionally, AT&T will enter a mutually beneficial roaming agreement with Deutsche Telekom.

*AT&T products and services are provided or offered by subsidiaries and affiliates of AT&T Inc. under the AT&T brand and not by AT&T Inc. 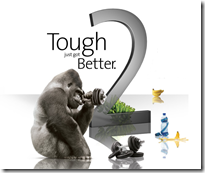