I know that this is slightly dated news to a lot of our readers as it hit the blogs late last week. I thought I would weigh in on it a little bit more here on Mobility Digest and of course, invite comments and conversation. Largely I am pretty pissed off and wanted to vent. Is this a rant then? Yep.

In a never ending love hate relationship with AT&T, it started this past June when AT&T discontinued their “unlimited” data plan. Those of us that had existing unlimited data plans would be allowed to keep them and freely use as much data as we needed. Yippee, or so we thought. Now when I say use freely, I do not mean misuse by way of tethering, or streaming video content from your phone on to a larger screen device like say a HD TV. We all know about tethering. Tethering is bad. That is unless you are paying for it. However, if you wanted to legitimately pay for tethering, you have to give up your “unlimited” data plan in favor of a 4gb tethering plan that will set you back $45 bucks. AT&T does include with this plan “unlimited” use of their 23,000 26,000 mobile hotspots for free. I have never been able to use an AT&T hotspot and say that it has been helpful where I live. Perhaps some of you are able to make better use of these where you live than I do. When you also release custody of your unlimited data plan back to the Death Star, any overages when you subscribe to their 4GB Tethering plan is charged $10.00 for every 1GB you go over. However, if you do not use all those GB’s per month, you will lose them, no roll over for data!

What was the the other data misuse infraction I mentioned earlier? Streaming data over your phone, and using HDMI out to your HD TV? That was it. I enjoy watching Netflix as a lot of you may as well. I also travel a lot for business purposes. I used to be able to (ignorance is bliss) stream my Netflix movie of choice from my iPhone right into the hotels HD TV which I rarely see anything but these days. You might be asking why I don’t use the Hotel’s wireless connection? First, have you ever stayed at a Hilton property? I frequent Hampton Inns and the service is absolute horrific! Also, if you are not a Hilton Honor’s member, you have to pay $9.95 per day to use their crap service. Even when I stayed at other hotel chains, their wireless service never compares to that of large city wireless carrier’s network which even includes New York. So yes, as I was educated by the AT&T Tethering Police, you are not allowed to stream and video content on your device and HDMI out it to an external display. Where there is a lot of discussion about how the AT&T Tethering Police is detecting tethering to a pc by way of packets, I am not convinced that they can detect HDMI out data. Regardless of the lack of physical evidence on AT&T’s part, it is still against their policy and contract with the data subscriber by using of their service for you to use HDMI out on your device to watch online video content from your device.

Tiered AT&T Data Plans is your only choice.  If you are a new AT&T customer, tiered data plans is all that is offered. The first of which is their DataPlus 200mb for $15 dollars a month. Very small data usage and even for the most occasional data user is often depleted my mid month. Most people that think they do not want data at all are forced to get this plan when buying any smartphone. You are not allowed to buy a subsidized smartphone from AT&T and not purchase a data plan of some sort from them. The second tiered data plan is the DataPro. For $25 dollars a month you will get 2GB of data per month to use in anyway that is in compliance with AT&T’s TOS. Tethering and streaming of any video content up to 2GB is still prohibited. Even though data is data, and it is a tiered data plan with specific amount of data, you are not freely allowed to use it in any way you might see fit. The only way to use AT&T’s data freely is by purchasing the queen mother, the top dawg, or the big enchilada, the DataPro 4GB Smartphone Tethering Plan. Hungry yet?

Wow, Living Color’s Cult of Personality just started playing on Satellite Radio (Hair Metal!). Vernon Reid friggin’ rocks! (Get out of my head Simmons!) So all that 4GB DataPro enchilada goodness wasn’t sounding so good was it? I know what you were thinking, I got the unlimited data plan Smith, I know you’re diggin’ Vernon right now but you are wasting my time and sounding more like Simmons with every paragraph. Even though I know Simmons will be weighing in shortly  regarding my inevitable poor grammar and sentence structure, suffice to say the Berlin Wall of data consumption you were hiding behind is about to come crumbling down.

To help relieve the strain to their over burdened network, AT&T will be putting the brakes on large data users by throttling their data speeds when they reach a yet to be determined “high” monthly data amount. Again, AT&T has yet to determine the threshold for throttling unlimited data plan subscribers. AT&T states in their announcement that unlimited data plan subscribers “may experience reduced speeds at some point” and regards high data users as the top 5% of all data users. “These customers on average use 12 times more data than the average of all other smartphone data customers.” So what if you have a tiered data plan? Never fear, you just keep cranking up that data usage and AT&T will be happy to tack on another Hamilton to your bill for every 1GB you use. No speed decreases or throttling. Good ol’ fashion up charging. Yet AT&T says: “This change will never impact the vast majority of our customers, and is designed to create a better service experience for all.”

We will keep you updated on this story and let you know at what point we here at Mobility Digest start seeing the throttling taking place on our devices. Check out the full AT&T Press Release below. By all means, weigh in.

An Update for Our Smartphone Customers With Unlimited Data Plans

Starting October 1, smartphone customers with unlimited data plans may experience reduced speeds once their usage in a billing cycle reaches the level that puts them among the top 5 percent of heaviest data users.  These customers can still use unlimited data and their speeds will be restored with the start of the next billing cycle.  Before you are affected, we will provide multiple notices, including a grace period.

This change will never impact the vast majority of our customers, and is designed to create a better service experience for all.

The amount of data usage of our top 5 percent of heaviest users varies from month to month, based on the usage of others and the ever-increasing demand for mobile broadband services.  To rank among the top 5 percent, you have to use an extraordinary amount of data in a single billing period.

There will be no changes for the vast majority of customers.  It’s not how much time you spend using your device, it’s what you do with it.  You can send or receive thousands of emails, surf thousands of Web pages and watch hours of streaming video every month and not be in the top 5 percent of data users.

Typically what puts someone in the top 5 percent is streaming very large amounts of video and music daily over the wireless network, not Wi-Fi.  Streaming video apps, remote web camera apps, sending large data files (like video) and some online gaming are examples of applications that can use data quickly.  Using Wi-Fi doesn’t create wireless network congestion or count toward your wireless data usage.  AT&T smartphone customers have unlimited access to our entire Wi-Fi network, with more than 26,000 hotspots, at no additional cost.  They can also use Wi-Fi at home and in the office.

The bottom line is our customers have options. They can choose to stay on their unlimited plans and use unlimited amounts of data, but may experience reduced speeds at some point if they are an extraordinarily heavy data user. If speed is more important, they may wish to switch to a tiered usage plan, where customers can pay for more data if they need it and will not see reduced speeds.

But even as we pursue this additional measure, it will not solve our spectrum shortage and network capacity issues.  Nothing short of completing the T-Mobile merger will provide additional spectrum capacity to address these near term challenges. 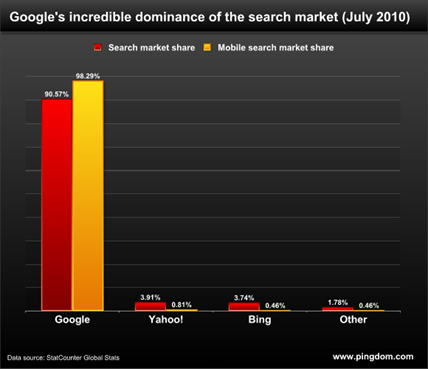