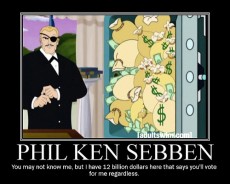 Following the Netflix and Comcast agreement we get reports today that Netflix speeds have magically increased from around 1.5Mbps to over 2.  Seems like Comcast, with an extra influx of money from Netflix, was able to hire someone to “find” a little extra bandwidth somewhere behind the cupboard.  This is irritating although not startling news.  What we have is more evidence that our ISPs are strong arming not only customers but also content providers into doing whatever they want while they literally rake in billions of dollars and manage to maintain a straight face while they complain about the cost of infrastructure.  If they really wanted to expand their service quality and coverage then they should stop paying out such ridiculous dividends to stockholders, CEO salaries, and the freaking lobbyist!  Holy crap, the lobbyist that they use to just literally slap our representatives across the face with wads of cash every day while they’re pretending to read your strongly worded emails they’ve sent.  If your congress man’s (or woman’s) screen wasn’t covered in post-it notes made out of one million dollar bills from whatever lobbyist is donating the equivalent of Octa-mom’s entire litter’s college tuitions just to get your representative to go to lunch, then maybe they might have the time or ability to see, process and respond to the idea that we, the people, would like quality internet service on par with the rest of the developed world instead of bending over backwards for Comcast, or soon to be ComWarner, to plant their cable lines firmly into our assholes to receive what can be loosely referred to as service.

Chime in and tell us how much this makes you want to punch rich monopoly holders in the face instead of complaining to your government officials, because, you know… We’re listening.