The second announcement from Google’s press conference today in San Francisco is slightly less exciting than the updates to its Android voice commands but still worth mentioning. They’ve added an extension for its Chrome browser called Chrome to Phone, which upon installation inserts a button to your Chrome Browser that sends anything from links, to YouTube videos, to phone numbers, to Maps directly to your phone. Even snippets of text can be sent, which the phone then copies to its clipboard. All of this requires both Froyo and a client version of the app to be installed on your Android device (sorry, no QR code but available in the Market, if you’re running 2.2). You can set the client receptor to launch apps automatically on your phone after a brief initial setup. For example, if you send an address you’ve mapped in Chrome, it will automatically launch the Maps app on your phone. The transfer is instantaneous. The video below walks you through a simple tutorial, if you could possibly be confused:

UPDATE: Um, evidently Doug Simmons, a man of letters and pictures, was on the bleeding edge of this back in May. So credit to him for scooping me by three months. And apologies to him and for the repost. 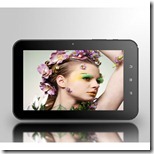