So it seems the iPad 3 won’t be the iPad 3 after all. What’s that you say, no iPad 3? No, not really, it’s just a name change, it’s going to be called the iPad HD. At least that’s what a trusted source told Mashable recently who confirmed this with Cnet and VentureBeat as their sources told them the same thing.. What’s in a name anyway right? Apple people don’t care what it’s called, they’ll buy it even though the current one you have is still working fine… (….just my two cents I had to toss in there…) 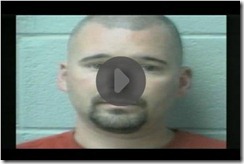 Hit & Run Excuse: I Was Downloading an App!