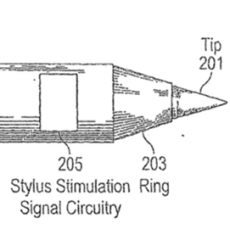 “Everybody copies everybody”, Ok let’s just get that out of the way. The mobile market is one of small innovations. One company or person has an idea and then others see it and improve on it. When I first heard that Apple was applying for a patent on a stylus, you can imagine my first thought: “First they copied Samsung on the larger screen, and now they’re trying to copy their S-Pen”. Let’s look past Jobs’ comments about a stylus, (I had to say something about that) and notice that Apple has been talking about this since February 2011, the Note with its S-pen was released in October 2011. This isn’t a matter of Tim Cook upsetting the apple cart (no pun intended, but it works) this is a progression of what was already started, probably with Jobs blessing.

But enough about that, what does that mean for you and me? It means that Apple may soon be inventing the stylus; it means that Samsung beat them to the introduction and it means that more people will use and want a stylus. That means innovation. I was elated when I found out that Apple pay was going to use standard NFC technology and not some proprietary method. Apple using NFC meant a huge expansion of the use of NFC. It meant that I was one step closer to my dream of being able to use my phone (a three year old S3 which already has NFC) instead of my wallet. Apple sells a lot of phones and even though their market share is going down, they still control what a lot of people think is possible with smart phones. As more people start using the iPen, you and I the consumer gets some nice innovations. More new iPen ideas mean more S-Pen ideas to copy and vice versa. Maybe the ability to take notes on paper and have them automagically transferred to my phone, or maybe a step back to the Graffiti writing that was so popular on the Palms.