In response to a David K Google article in which he baited me by the second word I cranked out this comment but it was just too good to post on his dull thread so here you go: I know you’re banking on the readers not to hit that link but I actually clicked it to see what Eric Chu went on the record to say, in search of some sort of death knell for the development and user adoption to dry up as it is with WP7 that the tone in this thread seems to imply. I know a lot of our readers (and writers) see an article link and either don’t click it (at best do a mouseover for any pop-up text to summarize it adequately) so let me break down what I’m hearing from Chu. Pics related, this is a boring article. Some Google Android bossman up says he’s dissatisfied, disillusioned or shocked and saddened, maybe ashamed, with either the purchase rate of Android market apps, the average revenue per app or developer, the methods with which Android users may pay for things and their not being conducive enough to money changing hands more fluidly, a combination or all of those. Doesn’t specify.

But what’s most important is that we’ve got a guy in an apparent position of elevated power who thinks the thing, however good it may or may not be, falls short of his expectations of what it could, should and must be and he’s got some bullet points of what they’re doing to realize his vision, some things already partially implemented, others to be phased in over the course of the year. 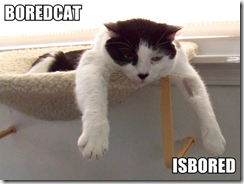 Those things include though are not limited to rolling out carrier billing to more carriers as they already have done with two or three American carriers (AT&T and T-Mo, plus SK Telecom, maybe more) and , some system by which users may make more purchases while using an app which I could see being useful for gambling or buying more Angry Birds levels without having to exit the game, a donation app that’s like a Zagat but of charities where it lets people rate them Yelp-like and also lets users throw some cash at the ones they like (hey, that’s a good idea right there).

What’s next. Improve app user discovery to weed out some apps for violating the rules and highlight the better ones, by means, namely, of Google’s algorithms. Google’s good at algorithms. That’s how they made a name for themselves and I’m by no means a math guy but the Android market has got to be a hell of a lot easier to improve with such methods than web search. I like the sound of that, even though, and I realize I’m kind of alone on this, I am completely satisfied with the market (though I wouldn’t say that were I working for this man).

Lastly he notes that Google’s warming up to HTML5 for Android app development. Fantastic. If they do that, I’m buying at least one HTML5 book. The author wraps up by noting the recent change in Google’s leadership. Now other than his not being Steve Jobs (Steve Jobs minus the wild hatred toward Google) I had no problem with Schmidt, actually I kind of appreciated his extremely dry sense of humor which flew over everyone’s head and instead made for great sound bites to ignite privacy campaigns against Google, but … well, I’ll start by pulling this Larry Page up on wikipedia. I know that lovely blonde they’ve had working there for a long time who I saw the other weekend on CNBC and really was quite taken with her (professionally) endorsed him strongly, that’s good enough for me. Ahh I’ll google her: Marissa Mayer. She’s fine and she’s sharp and tough. If you ask me she should be on top. So to speak. Okay that was over the line – I apologize. VP of this and that, I’m gonna have to do an article on this broad. Yeah, she gets her own article.

Point is, David K’s article about another article about a discussion is not some bombshell revelation by some insider with loose lips that this Android market is shit and a hell of a long way from not being shit; it’s someone on the inside saying that to some extent he’s in agreement with the trash talkers and not only does he feel that way he and his people are doing a bunch of things right now to fix that. Over time, most things coming out of Google improve, do they not, and this market you all bitch about and take cheap shots at, it will be no exception.

You pretty much say in your title Get This People: Even Some Google Employee Concedes that Android’s Market Sucks (and your link goes on to say that here’s what they’re doing about it), I say in response that if he didn’t feel that way, why the hell would Google be paying him to hang around?

Palringo Works Without Data or SMS