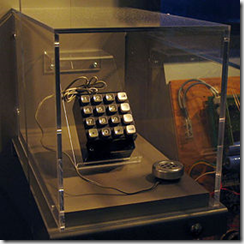 I’ve seen enough evidence, the most convincing of which was on IRC, to say with confidence that pretty much all of this is relatively accurate so I’m not going to say “he claims he did this” or “allegedly he did that” throughout this article. All right?

Remember when Wikileaks started unleashing Cablegate but their site kept going down with Assange claiming on Twitter “We are currently under another DDOS attack. DDOS attack now exceeding 10 Gigabits a second?” Turns out that wasn’t a massive distributed attack with such bandwidth, it was merely one man responsible who goes by Jester or th3j35t3r on both Twitter and irc.2600.org on occasion.

Judging by victimology (learned that on Criminal Minds) of his many targets over 2010, mostly pro-jihadist recruitment websites and other themes that all present a threat to Americans and his verbiage including “TANGO DOWN” and his signoff, “Stay frosty,” he may be an American, he may be sincere in his conviction, he may have had some sort of military exposure and in spite of how prolific he’s been and how many people either want to find him in order to kill him or offer him a job. Really, the man has enemies, some of them being pretty good with computers yet he and his identity have remained invisible.

He strikes alone and in a method that could probably work on your cell phone, no high spec machine or heavy throughput necessary. Using software he’s developed himself which he declares will never be released and that it exists only in a few places to which only he has access, he finds out about something with a website that strikes a patriotic nerve of his, powers up his mysterious software which he calls XerXes (more on that later), enters the target’s host, hits the button and within minutes the site is down he claims with 90% efficacy, no botnetting, no collateral damage between him, intermediaries and the final node concealing his IP and no permanent damage to the target which comes back to life once he feels the time is right. No machines are compromised with botnet malware nor are the nodes suffering during the attacks from passing along his packets.

And then his program, which is programmed conveniently to do this upon completion of these temporary attacks, posts a notice on Twitter, whom he took down, an ETA of resurrection sometimes and their offense that earned them a strike:

His feed goes on and on like that back to January 1st of last year. He’s got a blog too. Regarding the his XerSeS software, he did a couple video screen capture demonstrations. They don’t reveal how exactly this software works, rather that it does work and that you might find yourself agreeing that this had better not fall into the wrong hands because.. well, here’s a taste:
a

His ideology has clashed with that of Anonymous, the group behind the less sophisticated DDoS attacks on companies that have done anything to give Wikileaks a hard time including Mastercard, Amazon and Paypal. Members of that group have worked diligently but unsuccessfully to identify him, along the way misidentifying him and harassing random people. Jester shrugs it off by presenting identities of some of the members of the Anonymous group. But what he cannot shrug off is Wikileaks and terrorism.

Someone thought it would be a good idea to make a Twitter account resembling his but with one number omitted and claimed he was arrested, was released without charge and put up a website which was a clone of Jester’s, asking for money. Jester took this in stride and warned that person that he’d better watch is back as by assuming Jester’s identity he painted a target on himself, especially when putting up a website and registering a domain (Jester’s is hosted by WordPress and he probably only connects to any service like WordPress and Twitter or Vimeo with many nodes in front of him).

When you look at what he’s done you wonder a lot of things like how could he possibly do all of this and have a job or is someone paying him to do this or is law enforcement after him and does he own any weapons or have booby traps in his lawn. But that he’s been doing this for at least a year, attracting plenty of attention, website hits and several thousand Twitter followers, IRC channels on different networks devoted to trying to reveal his identity, working with one another, and who knows what any governments are up to concerning him, if any. You wonder is this patriotic motif just to polish up his image to get more exposure or that he’s being straight. Maybe he lives in New York and attends 2600 meetings at the Citicorp building once a month. Maybe he’s a Russian, who knows. I think this is all fascinating and if it didn’t sound weird I’d say I admire his balls.