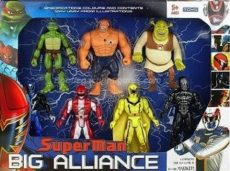 Apparently, Microsoft didn’t learn anything from their Surface RT models several years ago.  Windows on ARM processors were supposed to be the next big thing in mobile devices. Turns out forking windows into ever increasing divisions has not produced the windfall they had hoped. This time, it might be even worse.

Many years ago, rumors of a Microsoft made tablet excited and thrilled the tech world.  The collective baited breath of the technology community was well held, as Microsoft released the standout device nexus that is the Surface line.  A device that could shift quickly and easily through many different usages, and put Macbooks to shame at the same time. Then Microsoft trotted out this piece of shit. I can safely say this because I own, not one, but two of these lame bastards. Their longevity was only matched by their shortsightedness, as it was discontinued in less than 12 months. It definitely was not supposed to be such a disaster as it was wading into very friendly markets.

2012 was a year that was still swimming in netbooks; those sub 300$ Atom processor based bastards whose screen resolution made browsing more than a paragraph of text a legendary task.  The surface was supposed to fix all of that. With the ability to run Office and a legitimate web browser this thing would take the netbook market share and run.  Unfortunately, disjointed marketing campaigns, idiot employees at Best Buy, and a general user-base that would be illegal to execute in most states, ruined any chance the Surface RT had of surviving. Why does Microsoft think this is going to work in 2017?

Just because they have emulation? Emulation works in a pinch, like when you pay over two grand for a laptop and realize you still need it to run windows to get any work done, but it’s not the answer.  Microsoft seems to think that emulating X86 or Win32 programs is the answer to the Surface RT woes. What they distinctly don’t realize is that battery life means nothing to knuckle draggers who don’t realize the technological feat of emulating an X86 on an arm device. What they see is the performance of such a device.  Emulation is usually not the best experience. That’s why the original PS3’s that were released were so sought after. They had an entire PS2 crammed into the system with it. After Sony realized they were losing their ass in hardware costs, they cut that out quickly in the “slim” edition that every console is required by some faustian covenant with shareholders to release two years into its hardware cycle.

These new machines are doomed to failure. Emulation aside, the devices are mostly scheduled to miss the entire holiday season, a time when gathering market share and revenue for device categories should be easier with people buying loads of gifts in an effort to replace all the love they don’t have time to give with stuff.  Trying to build on a new device category after missing the holiday season won’t be easy.

How do you feel about emulation? Think about giving your kid Chinese knock-offs of all that Avenger crap they’re asking for this year and rethink your answer.