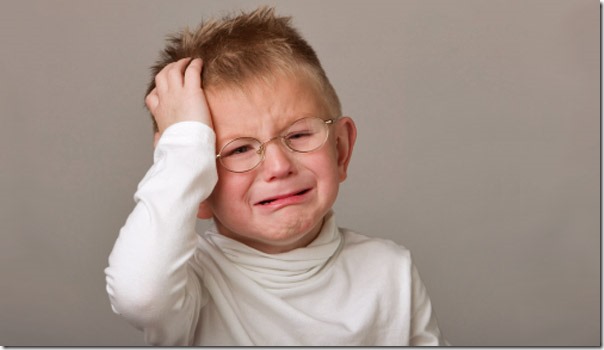 After touting Windows Phone for two years, no one was more excited in 2012 to see Windows 8 and that glorious Start Screen, with all those app tiles flipping about. While others may have seen a colorful, touch friendly (and sometimes confusing) interface, I saw a world where the tiles on my phone and the tiles on my computers would be synchronized, in real time, all the time. I could barely contain my excitement. And when shortly after developers like Sebastian Kralemann created a companion Windows 8 app for his excellent WP Package Tracker app, the future started to become reality. Life was good, and getting better.

Microsoft finally caught on to this idea recently by introducing Universal apps (why it took them nearly two years is anybody’s guess). An app with many common attributes, that could easily be deployed to both the Windows Phone Store and Windows Store with little effort. And if Windows 10 for PC and Phone turns out to be what everyone one is suggesting, you will only need one app, scaled accordingly for screen size. Amazing. Well, sort of. Along with Universal apps have come some new APIs. Specifically, a new way to login to Universal apps that store data in the Cloud. No longer do you need to enter an email address and a password (and a code for Two Step Authentication users). Universal apps “think for you” and take care of that routine step for users who are, I suppose, so inept that they can’t figure out how to accomplish this task. Tap the sync icon in the app, and there you are, “all synced up”. But what just happened?

Before I continue, let me explain how I manage things in the Microsoft and Social Media world. I have an @Hotmail account that I use for personal devices; phone, PCs, tablets, XBox, Music, etc . All of my devices login using that account and everything is synchronized. Good, so far. I use a very old @AOL address for social sites, like Facebook & Twitter. While I do allow Microsoft to link my FB account, I can change that at will from device to device, and choose what gets shared. Cause let’s face it, social sites are plain evil, and they need to be managed effectively. On the business side of things I have an @Live account that I use to login to my work PC. For the most part, no personal stuff (except the MD Staffnotify email, so I can chatter while at working), and especially no personal social media garbage is linked to that account. My small business company does have social media accounts that I am tasked with managing, but I use a separate companyname at Outlook account for that. So Facebook can’t suck up the business contacts in my @Live account and start sending friend suggestions. With me so far? To help with syncing, and to avoid having to pay for the same app more than once, I do use my personal @Hotmail account to login to the Windows Store on my office PC, but require a password entry for purchases. Note that the above scenario probably can’t fly for people who work for large corporate organizations where IT won’t let you change the font in your email signature without three approvals. Nor is it necessary for entrepreneurs  or small business owners who take joy in merging their personal and business life, showing off their latest getaway weekend photos (or their R-Rated Spring Break Facebook album) with clients and business associates.

This new way of connecting to the Cloud first cropped up when I installed Universal app, Dark Note, on both my PC and Windows Phone. Everything was good, although I was a bit surprised when syncing with the Cloud DID NOT require credentials from me. I even sort of accused the developer Michael Albertin (DarkProjekt) of somehow acquiring my credentials without my permission. He quickly replied with the explanation about the new Microsoft API for connecting to the Cloud. Completely out of his hands. My apology followed. Things got a little messy when I got to work that Monday morning and installed, already previously purchased, Dark Note on my work PC. Before you jump all over me, I try not to connect my personal and business life, but I still need to be connected to my business world when away from my desk. That’s how I intended to primarily use this app. Create notes while at home, and act on them in the office. When I tried to sync, nothing in Dark Note from my phone or personal tablet appeared. After a bit of investigating I discovered that Dark Note had created a new folder on my @Live account OneDrive, rather than syncing with my personal @Hotmail OneDrive folder. I tried sharing the @Hotmail OneDrive folder with my @Live OneDrive, but that didn’t work. So on my work PC, which is the only device I use to login with my @Live account, I have a nice app that syncs with, well nothing. Good backup I suppose. I contacted the developer again, and after investigating he explained that the new API has no provision for overridding the auto-connect login. So basically, the app will login to whatever email account you use to login to your device, be it phone, tablet or computer. And pleaseeeee don’t tell me to just use OneNote. I have been using OneNote since 2002 and love it. But it is NOT the catch all note or list app. There are other specific apps, like Dark Note, that can perform a particular task better.

I setup a new i7 desktop for myself at work last week (took BYOD to a whole new level) and hadn’t noticed till Friday. But when I went to enter some new equipment tracking in Package Tracker, none of my personal packages were in there (it’s almost Christmas – I’m on a shipping frenzy). Package Tracker has now also been updated to automatically connect users to the Cloud, using something other than OneDrive. To verify this, I tried loading Package Tracker on my Asus tablet. To backtrack, when I first discovered the Dark Note problem a couple weeks ago, I created a second profile on my tablet using my @Live account. Although cumbersome, I at least have a way to see those Dark Note notes that only appear on my office PC. After installing Packager Tracker on my @Live profile (the app was already installed on my tablet’s @Hotmail profile and synced all my personal packages just fine) and clicked the “connect to the Cloud button”, without asking for any credentials, I immediately saw the two new shipments I had just entered on my office PC. I now have “two” separate Package Tracker accounts, one for my @Hotmail and one for my @Live account. Oh joy. Now I can’t see critical office shipments on my phone or at home, unless I pull out my tablet and change my login. Sort of kills that whole toast notification thing, doesn’t it. Or I could just enter everything twice. That’s not very productive (as I point upwards at the title of this article).

Now some will say I am a crybaby with a unique situation and Microsoft can’t make everybody happy. Ok, let’s try this then. Meet John and Jane Doe. They are the ideal American family, as everyone, including their kids Chip and Buffy, use Windows PCs and Windows Phones. They all have their own email addresses to login to their various Windows devices, but they all use Dad’s Store login so they can share the same apps, and Dad can see what the kids are loading on their machines. John and Jane use a shopping app that syncs with the Cloud, so Jane can add things to the list during the day from her phone, or the tablet she uses at the flower shop she runs, and John can pick them up on the way home. Guess what. When that app they have been using reliably for the past couple years goes Universal, they will no longer be able to see each other’s lists, on their phones, tablets or PCs. Guess they will have to rely on email or OneNote, which does a stellar job (NOT) or sending out toast notifications for additions/changes to lists, right? Or, maybe they share info in Package Tracker (even though John would have to remember not to add that Victoria Secret order for his girlfriend to the app – hey, nobody’s perfect). Or, any number of task, productivity, homework assignment, or other apps that collect and share data that more than one member of the family may need to see. Now, each member of the family will be on their own little island. Yeah, that’s productive, or should I say counterproductive.

This is not the first time Microsoft has taken a good thing and well, made it worse. XBox Music is another good example. While I understand the reasoning behind making things simple for users, and there are some real technidiots out there, I am a big “options” guy. Set all the defaults to take care of 60 or 70% of all users (you know, like the majority), but provide options for everyone else. For those who dare to be different. Or don’t live in a cookie cutter world. Only takes a few more lines of code for toggle switches to turn functions on or off. What’s wrong with a screen that says, “Automatically sync this apps data” already checked,  with some small print, slightly greyed, at the bottom of the screen that says, “Let me login manually”. That’s the screen you get when you boot up Windows 8.x for the first time. Why not for apps. Or, while not ideal for phone apps and other situations, a toggle in the Windows Store settings that say, “use this login to synchronize all apps”. Isn’t that why I’m using a different login for the Store and the PC in the first place.

I know Microsoft is just going to do what they do. But just maybe, more than one family like the Doe’s will speak up, and in a couple years this will all be resolved. In the meantime I will continue to become less productive. Two steps forward and one step back. Or is it the other way around. 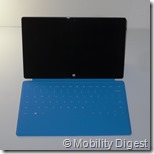 My two week adventure with the Surface RT