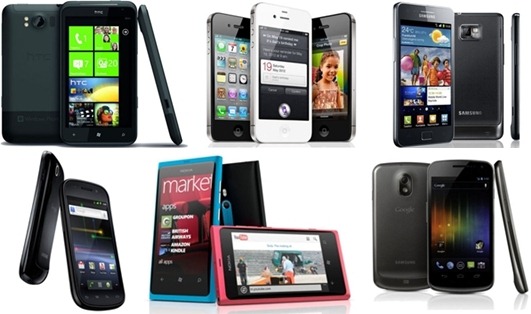 The mobile industry just recently surpassed the trillion dollar revenue mark a few years ago and, according to analyst Chetan Sharma, it’s expected to exceed $1.5 trillion—over 2-percent of the global GDP—in 2012.

Growth is surging thanks to smartphones, and the US leads all the major markets with 69-percent of sales consisting of these devices. Many operators also anticipate smartphones to exceed 90-percent of device sales in 2012. With a wide range of smartphones being developed—from entry level to high-end devices—they’re becoming more and more accessible to consumers across the globe.

It’s pretty obvious that the mobile industry will continue to expand at a staggering rate with the recent emphasis on “going mobile”, and this isn’t some sort of passing fad that will soon go away. In turn, the revenues reaped by the companies involved—from vendors to operators—will continue to soar.

Voice, which has long been the bread-winner of mobile revenue, is expected to dip below the 50-percent threshold in 2012, signaling a shift in the mobile landscape. Mobile data alone is expected to take up 28-percent of the total global revenue, which would come out to roughly $400 billion. 53-percent of that total will come from non-messaging revenues—apps, web browsing, gaming and streaming media—finally overtaking traditional messaging like SMS and MMS.

Here are some impressive industry milestones listed by Sharma showcasing the power and growth of mobile:

At this rate, who knows how large the mobile industry can get—the sky is the limit.

[via Tech Crunch and Chetan Sharma]