By now you’ve probably seen pictures of the LG Panther that has been shown off to ElectricPig who seemed impressed by the build quality of the device and the progress of WP7, a view shared by CnetUK who stated, “When we took the phone for a spin, we were impressed by how polished the OS looked. Everything from music to maps proved smoothly responsive to our touch, and the operating system seemed to be living up to its promise.” But am I the only one struck by the photos? Look at it…the device is turned, keyboard is out. Doesn’t that mean that the phone should be in landscape mode? But it’s not. It’s clearly in portrait mode. And that’s consistent in all of the photos. Does this mean that there is no landscape homescreen in WP7? The ramifications are obvious. You have a slideout keyboard so you leave it open, close Word, go to the home screen and now need to decide if you want to look at it sideways or turn the phone…open an app (which should detect the orientation) and need to make the choice again. I’ll reserve a rant when it’s confirmed that there’s no landscape Metro UI but that’s beyond silly if it turns out to be the case. 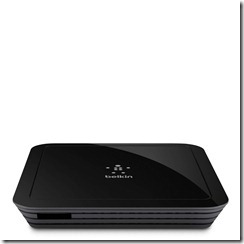