I have always been a huge fan of Android commercials because of all the special effects and futuristic themes. Then there is the T-Mobile spokes babe Carly who we all know and love. AT&T tried to scare the crap out of us with a spider. But even the worst of the commercials (and this one) look better than the Samsung Galaxy S III video I just watched.

Think of being strapped to a chair and subjected to 3:37 minutes of Leave it to Beaver Hell where June Cleaver wrote and directed the whole thing. It’s basically the same pain as watching the attached Sammy Video on the GS3. The proverbial straps in the video is how awesome the GS3 is with all it’s hardware and new software. It keeps you glued to the screen while inside you are screaming for help. The horror of being a tech geek!

Anyway, it’s Friday and this video while horrid, does a decent job illustrating how awesome the GS3 is and undoubtedly how big a hit it is going to be. It’s loaded with specs like a Super AMOLED HD screen, and most likely the dual core processor instead of the quad core our friends across the pond will get. While I am currently loving my Titan II, I have to admit that the GS3 is really super sexy. Drop a comment and let me know how you will fight through the weekend with the haunting memory of Leave it to Beaver Hell. 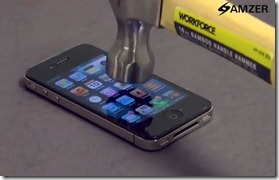