New day, new gadgets, and new lawsuits. This time it is between Apple and Samsung again, but the plaintiff is not Apple, Samsung. Samsung Electronics said that it filed a new complaint against Apple in the United States. The suit says iPhone 5 infringes on Samsung patents. 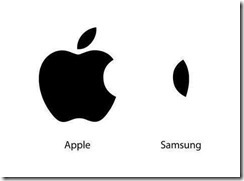 In a court filing Samsung mentioned “As soon as the iPhone 5 was available for purchase, Samsung began its investigation of the product,”. They said Apple infringed two standard patents and six feature patents in their iPhone 5. Yes, Samsung is waiting for an opportunity, and found one.

Samsung last month mentioned that eight LTE patents of its are strongly suspected iPhone 5 would infringe.

We have little choice but to take the steps necessary to protect our innovations and intellectual property rights.

Yesterday U.S. District Judge Lucy Koh, who imposed a ban on U.S sales of Galaxy Tab 10.1 rescinded the decision of banning the sale. Of course Apple contended that the ban should be intact because the jury found the Galaxy Tab infringed other patents a issue in the case.

Interesting times. A lot of issues are surfacing with iPhone 5, but the sales are not taking a ding it seems.

Image Credit: Look, I Am A Programmer, I Have No Life – Comic Facebook page.

Samsung Galaxy S4 Review: Does it own the crown?