I never turn my computer off because I am petrified that if I do she won’t boot up ever again. On the rare occasions that I do reboot under coercion (power outage, incorrect regedit tweak to ignore forced Windows Updates, BSODs), it boots smoothly (other than the BIOS CPU fan failure detection, a false positive that beeps really loudly) a minority of the times often with more than one boot attempts needed to crawl my way into Windows. Less than half the time. A year or two back, more than half the time, so this is getting worse and accelerating. Before I continue, to any prospective employers out there, this is all of course fiction intended to provoke criticism of how no one should compute let alone operate as an IT guy, I obviously know better, pure satire.

So I entered my mancave this morning to nick myself a copy of the UK’s Blackout but the computer was off. In addition to being off, it wouldn’t turn back on, no sign of life. Perhaps one of the remaining fans failed, one of the GPUs overheated, perhaps the power supply conked out for good, blown fuse somewhere, no idea. I pulled the power cord, popped it back in, hit the button, and the fan started spinning, thank God.

I make my way through the BIOS fan warning, Windows begins to boot, and then it starts plowing through thirty thousand Windows Update operations, and then beep, a reboot – was it prompted by Windows Update or was that a failure akin to whatever had happened to it overnight? Where’s the nearest Radio Shack? How much do I have in the bank if I need to replace this thing? Is that an expense I’m obligated to disclose to my wife right away or can I wait until after our anniversary? Can I find a computer that is compatible with all my ram? Got eight gigs in this puppy, that’s still a lot in 2013, innit, sims with LEDs too that flutter real nice and purposefully.

It then lights up my desktop background on two out of four of my screens (though my mouse would traverse across all of them), unusual behavior, and while waiting more time than you think you ought to with very few things enabled on startup for the icons to slowly draw themselves, bam, blue screen, it’s dumping memory to the disk, and goes dark. One more stab at the power button and she finally booted without incident.

So, other than the steadily elevating threat of viral vulnerabilities not rebooting for updates poses, and all the wondering of how much this contributes to our power bill to make buying a new computer economically obvious from the savings of turning it off overnight and on vacations, I find serenity with it left on. Not standby or hibernating, I leave it full-on. The screens blink off after five minutes but that’s it. I heard somewhere that just running the computer without the screens is on par with leaving a sixty watt light bulb burning, so that doesn’t seem too flagrant on my part.

She’s not young, she wouldn’t make a great bitcoin miner or play the latest video games at 60fps, but I’ve put a lot into her to do everything I want it to do adequately, with exception to leaving me with the impression that I’m a handful of reboots away from a hefty pain in the balls. I splurged on an external hard drive the other day, 4TB, to dump everything from my six hard drives, all of which are well beyond their mean failure rate, and made sure I had my documents syncing up with Google Drive, which all gave me some peace of mind, as did burning a few Linux live CDs and suspecting that one of these old hard drives which hasn’t crashed still has some BSD on it.

Nevertheless, this thing is hanging on by all sorts of threads – even one of the two working CPU fans is almost literally hanging on by a thread, it’s dangling from its power wire, I had to improvise when my original fans wore out on me – and were one of so many things that could go wrong to go wrong, which will of course happen, I’ll be looking at more than a few hours and possibly dollars to buy myself more uptime with all my little things just the way I like it. In preparation for that I don’t know if I should invest in spare parts to have on hand or chill pills. It’s a duct taped rig, indeed most dodgy as the Brits say, but when she’s up and running, I can worry about other things.

But, another stressor, whenever I work on something like replacing a drive, ram, a fan, or when I was a young lad changing the IRQ jumper settings on my Soundblaster card, my forehead and palms start sweating quickly, so I feel like I have a thirty second window to accomplish my mission before I fry my motherboard with sweat that I suppose is extra-salinized given that I put more salt on my food than the average guy. This is why I didn’t bother screwing in the replacement fan, too dangerous, leaving it alone once it appeared to be sturdily aiming at the CPU without too many stray wires close to its blades to interrupt the spinning motion and to sever the wires, which would be bad.

So my point is twofold, that there may be some merit to cloud-centric computing and that, God willing, I look forward to Chromecasting this Blackout show tonight which I heard is pretty good and possibly apropos to my digital disarray. 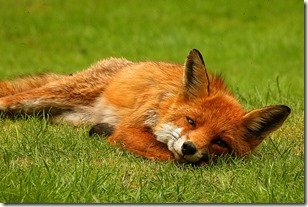