I have another review coming for you guys later on today, but first I have to get some news posted! We’ll start the day off with something from Spire who just launched the Bliss series of Android tablets, there are two of them, the Bliss and Bliss Pro, both of which are 9” tablets powered by a Cortex A13 1.2ghz CPU and running Android 4.0. The difference between the standard and pro versions is $10 which basically gives you dual cameras on the Pro version. Some people might not like ‘cheap’ tablets but they do have their place for the most part, the biggest problem with them is lack of updates I think. The Bliss is $150, and the Bliss Pro is $160 and they come with a 2yr warranty from Spire. I don’t see anything listed about how much storage they have expect for a mention of a microSD port. For the price though, I wouldn’t mind giving one a try… 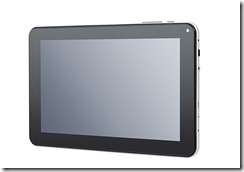 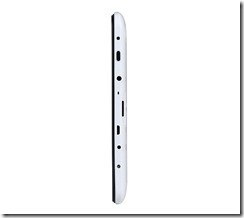 Spire today rolled out its new series of 9-inch tablet PC’s codenamed Bliss. The Bliss series are quality Tablet PC’s loaded with powerful features. These functional and handy mini computers are lightweight, portable and great for people that are always on the move. Pre-loaded with Android 4.0 ‘Ice Cream Sandwich’, ensuring simplicity and stability of the Bliss tablets. The elegant and sleek design of the Bliss series ensure comfortable and stress free use. Build with the quality performance series of Allwinner Cortex A13 1.2Ghz microprocessors you will be guaranteed of solid performance. The Bliss series are supported by two years Spire direct consumer warranty service, the Bliss series are powered by innovation offered by Spire.