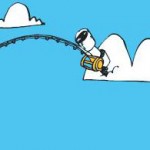 My first mobile device’s operating system was … Symbian.  My father had discovered the Revo (a touch-screen PDA), and bought one for himself, my mother, my sister and myself.  He has stayed with Symbian, choosing the barely-maybe-available-in-the-US-anymore Nokia Communicator (he bought his and my mother’s from Europe.  Isn’t the Internet grand?).

It means that any organisation or individual can now use and modify the platform’s underlying source code “for any purpose”.

Methinks the Symbian Foundation is playing catch-up and wants to enlist the help of the tinkerers and hobbyists for help.

“But Mr Williams (of Symbian Foundation) denied the move to open source was a marketing move.”

And if you’re worried it’s an older version, Symbian Foundation’s blog (http://blog.symbian.org/) says “And it is Symbian^3, the latest version of the platform, which will be soon be feature complete.”

Mind you, the Revo had a great version of Mille Bournes…

iMapWeather Radio, Free For One Day Only on May 19th