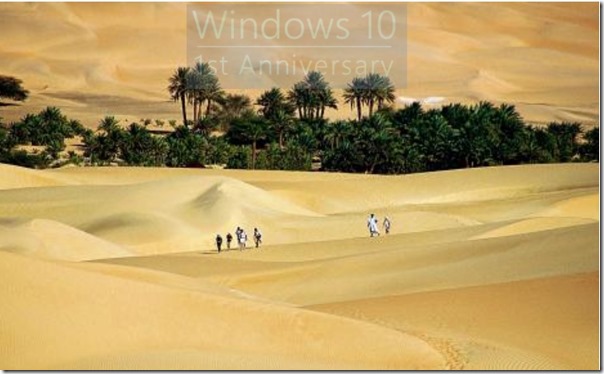 Don’t pay any attention to the people behind the curtain boys and girls. That’s just Microsoft Spin Doctors telling everyone that the Windows 10 Anniversary update is going just great. And hell, everyone should have it by now. Right? Well, maybe not. It’s been about 280 hours, or 12 days, since the Anniversary update was released. And I guess you can say I’m batting about .500, with a whole bunch of strikes and balls. If this was baseball, I guess I would be a superstar. But this is a Windows 10 Upgrade, a significant upgrade. Tested by no less than 100,000 users. I should be batting 1,000. Well, not if Microsoft apparently has anything to say about it.

Let’s recap, shall we:

ASUS MD32 – i7-4th Gen Desktop w/1TB HD and 16GB RAM – 27” Touch Monitor – Less than 2 years old. I didn’t get any Anniversary download when I checked updates for 10 days, so I finally downloaded the Windows 10 Upgrade Assistant and ran the update. Worked without a hitch. Although it did take about 90 minutes on my machine. By far, the longest update to date. Much longer than my switch from Windows 8.1 to Windows 10. And all while never touching the machine, or running anything in the background. Note that my Webroot Anti-Virus program was running the whole time. Interesting that all of the Windows 10 machines in my office; desktops and laptops from less than 1 year old, to more than 12 years old, have yet to receive any update notification for A1. That’s about 10 machines. Not a one. After 12 days. Unfortunately, the past three days at the office have been hell, so I have not had a single chance to experience any of the new stuff included in A1. Maybe next week.

Microsoft Surface 3 Atom  Tablet – w/64GB SSD and 2GB RAM – The first time I tried to install A1 with the Windows 10 Upgrade Assistant more than a week ago, I got an error during the system check indicating that I didn’t have enough disc space free for the install. I had about 17.5GB available, and 20GB was required. Note that this is a 64GB machines, which is really a 58GB machine after overhead, that has 24.5GB in system files. So that’s 44.5 GB, out of 58GB to install an update. Doesn’t leave much room. Fortunately I have a 64GB MicroSD for all my files and media. I only install programs & apps on the main drive. And this is despite my NextBook 9, with a  32GB drive  having no problem installing Windows Insider updates every week or so. I cleaned up some files on the S3, mostly emails (changed settings from anytime to 1 month) and reclaimed about 5GB, giving me 22.5GB of free space. When I tried running the update again, I got three green check marks, indicating I had enough space for the install. But after downloading and verifying, I got an Oops message, stating that I should try to run Disc Cleanup to clear more space and directing me to some error message that’s at least 6 years old. Multiple reboots, multiple tries and no success. I finally gave in and last Wednesday night I joined the device into the Windows Insider Program – Release Preview. By Thursday afternoon, I got my update. Yah! But it did take at least two full hours to download and install. Oh, and I now have 15GB free. So I guess Microsoft didn’t really need all that space after all. Oh, and Webroot was running the whole time during the update.

ASUS CM6830 – i7-3rd Gen Desktop w/1TB HD and 8GB RAM – 24” Touch Monitor – Less than 4 years old (pre-ordered with Windows 8 pre-installed in October 2012). I use this machine at home, mainly on the weekends (I use the portable device at home during the week), so I checked for updates last weekend and then again today. Aside from the Update Tuesday updates today, nothing for A1. So I tried the Windows 10 Upgrade Assistant. And I tried, and I tried. And I tried some more. Maybe about 15 tries and failures in the last 8 hours. I get green checks during the system check and the Downloading begins, followed by the Verifying. But just before the verifying completes, downloading starts all over again. And then the Something went wrong message below, stating that the Windows 10 installation file is corrupted. And again, an irrelevant error code. I tried reboots, power off/on. I deleted all the downloaded files. I tried deleting everything in C:\Windows\SoftwareDistribution\Download. I tried running Dism /Online /Cleanup-Image /CheckHealth, ScanHealth & RestoreHealth. I ran Disc Cleanup and deleted every single temp file on my machine. I tried it with Webroot enabled and disabled. No change.  Interestingly, the Get Windows folder on my desktop only had log files in it when I deleted it multiple times. My Surface (more on that below) had 3.3GB of files in that folder before I deleted it. So although my desktop spent 20-25 minutes downloading the A1 update multiple times, nothing got downloaded. Despite my Disc running at near 100% most of the time. No idea why A1 will not install on this machine. Or why I get the same exact message, despite completely removing every A1 update file from the machine. Have not had a single error since updating to Windows 10 last year (Windows 8 and ASUS had a few misunderstandings). This machine is too important to me so it will NEVER be enrolled into Windows Insider. If I NEVER get Anniversary Update 1, I guess I never will. I’ll replace it in 2-3 years with a fully updated machine out of the box. Was really looking forward to playing with Ink and Project Screen on this machine this weekend. Guess not. 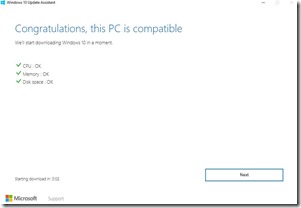 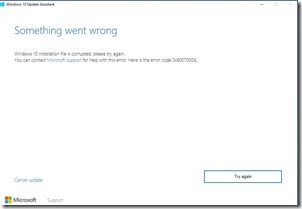 Microsoft Surface Book i5-6th Gen Laptop – w/256GB HD and 8GB RAM – Here we are, the crown jewel of the Microsoft device empire. The flagship. The one machine I thought would never, ever have a problem getting an update from Microsoft. A full $1800 worth of confidence. Preordered it the day it was announced. Boy, was I wrong. My SB has worked flawlessly since I took it out of the box. Except for a nagging Intel Graphics Driver that has refused to install for the past two weeks, not a single worry or concern. Not until now. As with all my other machines, no A1 update notification. I have been checking pretty much every night since August 2nd. I did get the Update Tuesday updates on Wednesday, but nothing since. On Wednesday night, I decided to try the Windows 10 Upgrade Assistant after having success at the office earlier in the day. System check. Good, Download Windows 10. Good. Verifying. Good, Installing Windows Update. Good. Then, the machine pops up a messaging saying that it will reboot and start installing the update. Reboots, get’s up to about 14%, the screen goes black as if it’s rebooting, a large dialog box flashes on the screen for a split second (too quick for me to see anything other than the outline of the box) and then that sickly message at the bottom of the screen, “Restoring previous version of Windows”. I’ve tried installing at least 20 times in the past four days. I’ve deleted all the downloaded files. I tried with Webroot active and inactive. I’ve used Disc Cleanup to cleanup every non-essential file. I’ve cleared out the Windows/Temp folder. Multiple reboots, restarts. Nothing changes the point at which it fails. Earlier today, I enrolled my SB into Windows Insider – Release Preview. It usually take about 24 hours for Insider Updates to become available. So I figure it will try tomorrow afternoon. As I don’t have much installed on this machine except Office 365 and a bunch of apps (all my data is on OneDrive) I figure it’s a low risk. Let’s see how this one goes. If I don’t get it updated by the end of August, I may take my first 30 mile trek to the local Microsoft Store and see what they can do. If they want to install the OS from scratch, I’ll remind them that I could have done that without driving 30 miles and wasting two hours. Then  I’ll suggest a new Surface Book instead. Let’s see how that goes.

UPDATE 8/14/16: As predicted, I checked for updates today and downloaded the Insider Preview 14393. Went through the whole download getting things ready process. Rebooted, did some more getting ready, flashing that mysterious dialog at the start of the process. Rebooted again and started installing A1. At 14%, another reboot, another dialog flash, and “Restoring your previous version of Windows”. So I suppose the Surface Book, i5-256GB, is not qualified to receive the Anniversary Update. Oh well, Microsoft is well know for treating others to new features before treating their own users. Why should this be any different. Goodbye Insider Program. Hello, Microsoft Store. Guess I will bring my original receipt and packaging for the exchange.

NextBook 9 Atom Tablet w/32GB Drive and 1GB RAM – Been in the Windows Insider Program – Fast Ring, for the past couple months. Just installed Insider Preview 14901 while I was tying this article. Works like a charm. No update errors. All for $99. So, what’s wrong with this picture. I will admit, it is technically my newest machine. But seriously. 1GB of RAM and no problem getting updates. Really! Maybe I’m just spending too much money on devices.

I guess I shouldn’t  be complaining, right. After all the Anniversary Update is FREE. And we all know that NOTHING in this world is free. It all comes with baggage. Hello Microsoft. Are you listening. I call bullshit. Maybe you should spend less time on nicey new features that work some of the time. And spend more time on building a stable OS. And one that can be updated without a fresh install. No wonder why so many people are still using Windows XP. Despite all the security threats, and not being updated in years, is still just works. Wish I could say the same for the latest iteration. 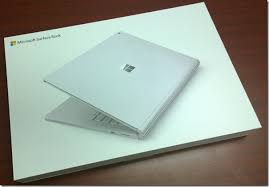