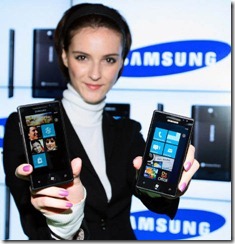 So we’ve been hearing rumors of Win8 handsets coming out at the end of the year for a little while.  The latest is unwiredview.com reports that Taiwanese site ePrice.com.tw reports (yeah, that’s a lot of reports there…) Samsung is confirming a Win8 (“Apollo”) handset in October.

This makes some sense to me.  That’s about the time the original Windows Phones came out, and also when Windows 8 is slated to launch.  It follows that if MS wants to capitalize on all the cross-platforming between desktops, XBox, and mobile that they should push everything at the same time.  We consumers are notoriously impatient, and MS would miss a MASSIVE marketing opportunity by NOT pushing everything out at the same time.

So do I upgrade to a Titan II or a Lumia 900 in July?  Nope – I’m holding out for Win8.  I didn’t like the plastic-y feel of the Focus, so I’m hoping HTC or Nokia rolls ready with a Win8 device.

It’s going to be a looooong Summer.

Why does MLB.TV for XBox suck so bad?