Citing increasing demand from large websites (perhaps Facebook?) Mozilla’s Firefox developers decided to reconsider adopting the superior but not so ubiquitously-supported image format WebP. Hallelujah, I thought, not figuring zero progress would be made for this long in terms of reaching a consensus about which way to go.

I’m not a programmer who’s familiar with how things work within Mozilla, but I don’t see why they won’t soon at least declare an intention to support the format perhaps once it does X, Y and Z,  you’ll support it once Google gives libwebp a happy round number version instead of a spooky v0.3, or Chrome implements Accept headers or whatever criteria, or, or, to reject it yet again and close the ticket. Pick something!

Pick something, work out the details later, but give us something please. Dying over here. It’s been a month now and their technical discussion is turning into warnings to each other not to let this fall apart into another flame war again, going back and forth about whether or not it matters that Google is behind the format and not everyone likes Google or if they should just focus on the superiority of the format and hey what about JPEG-XR…

Obviously I want you to jump on WebP, help the world, but hey, maybe you have good reasons for your reluctance, what do I know. But damnit Mozilla could you stop teasing us and decide and announce (or just ship it and do it live!) soon whether to support it as soon as you can, that you’ll support it when the following conditions have been met or that you’re deciding not to support it (again), or maybe give us an indication of whether you intend to take weeks or years to try to come to that point?

Why must this be so enigmatic for you guys? You’re not electing a new Pope here. Yet those cardinals got the right guy in the bag in a couple days, with the white chimney smoke, the whole deal; but if you don’t count the preceding three years, it’s been over a month, hundreds of email to each other, you’re arguing about how and even where to argue, and you’re still farting around on your forum getting nowhere.

You know fellas, if Microsoft beats you guys to the punch on this my head will explode. I’m dying to speed up my site, you know? I’m not alone either. This is not helpful. Thanks for leaving your debates open, a good read between Real Housewives episodes, but c’mon guys, enough already — yes or no? 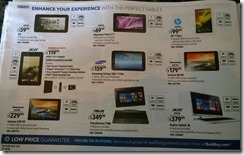