I just gave a Firefox Android nightly a chance to win me over again. It had no idea what websites I frequented, no bookmarks, no plugins synced, no settings, no tabs open on my computer, nothing. Yes I realize Firefox can sort of sync up like Chrome, but it made me realize that there are benefits of surrendering one’s privacy, benefits I don’t want to lose, which is good because that seems to be the inevitable direction we’re heading. And what better way to do that than with Google as much as possible, given that they provide such a vastly wide array of services that all tie into each other. No one comes close to that, nor to their transparency.

That reminded me of a USA Today article I ran into last night (in part because Google News knows I would be interested) on Siri vs Google Now for iOS. Its author, Anick Jesdanun, gave Google Now an extensive international test drive. He noted that while Siri has about a dozen amusing answers to “what is the meaning of life” and so forth, Google Now, which could recognize his voice well presumably due to various forms of data mining, produced information that tended to be remarkably relevant to his interests — presumably, largely, thanks to Google’s data mining practices of his behavior on Search and his Gmail too (that turned my head). Seems he was never the type to enable Chrome’s Do Not Track or Incognito mode feature, and consequently he knew the local currency rates, which hotel, a tap for turn-by-turn, tourist stuff, you get the idea.

“You must give it permission to access calendar entries. Privacy worries aside, Google Now’s appeal is in what it does with that data. That’s why I’m okay with Web History,” Anick aptly put it. This type of privacy invasion strikes me as being obviously helpful to consumers, to commerce and to the whole wide world. So what’s the problem? Grow up and just go with it. 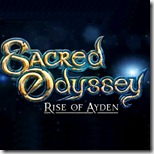