I’m no Zen master and I don’t expect you to teach your children to meditate all day. At the same time, the notion of mindfulness has much broader meaning than as an Eastern philosophy or for practitioners of Buddhism. In fact, it has tremendous significance for your children growing up in this crazy new world of technology. 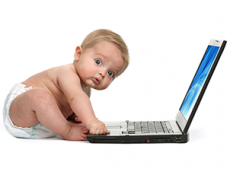 Mindfulness is typically thought of in two ways. First, it involves the ability to focus attention completely and nonjudgmentally in immediate experience. Second, mindfulness involves embracing an attitude of openness, acceptance, curiosity, and novel thinking. Quite simply, being mindful allows us to fully experience whatever we are doing and gain the full benefits of what the experience has to offer.

It isn’t a stretch to see that technology fosters mindlessness rather than mindfulness. It is decidedly not in the self or in the moment. Technology is all about the constant flow of information and being connected with others. Mobile phones, texting, and social media are sending children a nonstop stream of information, thus part of their focus is on the past information that has arrived in their mental “inbox” and is accumulating rapidly.

Children are also forced to focus on the future and how they’re going to respond to and send to their “outbox” the information that is quickly building up. Social media adds to this burden by drawing children’s focus away from themselves and onto the social world around them and forcing them to assume an external point of reference for themselves.

Children have little opportunity to step away from this barrage of information and comparison. This constant pull from both the past, the future, and the outside world puts children in a hyper-vigilant and stressful state. It also prevents children from focusing and thinking in the present, allowing them to ponder, process, and problem solve in the here-and-now.

In the frenetic life of 24/7 connectivity, children can feel overwhelmed by the onslaught of information being directed at them. They need to be able to turn off the “fire hose” of information periodically and just sit quietly with themselves, in other words, they need to be mindful.

Between the unlimited exposure to technology and the often nonstop, overscheduled lives that so many children lead these days, there is little opportunity for them to ever experience anything that approximates a Zen-like mindfulness or calm. It’s very likely that the seeking and reward centers of your children’s brains are going bonkers with little respite. This constant intense brain activity takes its toll, both physically and psychologically, on children.

In this extreme state, children are missing out on the developmentally healthy and recuperative benefits of mindfulness. They aren’t able to fully absorb themselves in the moment, whether reading a book, engaging in imaginary play, or going for a hike in the woods, which means they don’t get to fully experience all of the great stuff that these opportunities provide. Children aren’t allowed to rest their minds and bodies and recharge their psychic batteries. They also aren’t able to learn the practice of deep immersion in the present which offers benefits in many aspects of their lives, from basic well being and relationships to achievement in school, sports, and the performing arts. Importantly, children miss out on the ephemeral, yet richly satisfying, feeling of joy that can only come from being totally engaged in an experience.

Recent research has reported that when people are focused on a task they indicate that they have a greater sense of well being than when their mind wanders. Distractions prevent this state of “flow” and actually makes us less happy. The growth of technology in the last decade has clearly increased the frequency and intensity of these distractions.

What is the attraction of such distraction for children? I don’t think it’s attraction at all so much as an unintended consequence of this recent onrush of technology. As digital natives, your children are simply adapting to the wired world in which they live; they’re surrounded by technology and people who are using it, so they have little choice but to join in. This immersion in technology, encouraged by their social worlds and often not limited by their parents, has basically forced children to develop attitudes, expectations, behavior, and habits that aren’t actually good for them. Additionally, as other research has demonstrated, continuous connectivity produces neurochemical activity in the human brain akin to drug use and gambling.

Not only does technology appear to interfere with your children experiencing happiness, but, even worse, in their always-connected, constantly distracted lives, children may not learn what real happiness is and where it comes from. Children have come to mistake stimulation, momentary pleasure, and that neurochemical high gained from being always connected for real happiness which, the research indicates, actually comes from meaningful relationships, valued goals, and, yes, absorption in an activity.

Paradoxically, children can absorb themselves very deeply in technology, for example, video games, spending hours undistracted and fully focused. This concentration appears to occur due to the neurochemical “buzz” that new technology offers rather than the mindful focus that occurs when children are wrapped, and enrapted, in life.

Research is demonstrating that, in the constant distraction to which children are now so vulnerable, technology may be causing them to lose their ability to absorb themselves in activities such as reading for extended periods. This development has obvious implications for performance and productivity academically and, later, professionally.

At a more transcendental level, this lost ability may prevent children from learning to find delight in the minutiae of life: the subtlety of the written language found in a book, the smell of lilacs while out for a walk, the sight of a hummingbird extracting nectar from a flower, the intellectual and emotional enjoyment of a stimulating conversation. Without these “simple pleasures” perhaps what will be most lost is the depth of happiness that can only come from unmediated, complete, and sublime engagement in life.

So, consider this. Why would you allow your children to engage in activities that make them both less productive and less happy? Yet that is precisely what happens when you give your children license to multitask or use technology in a way that prevents them from focusing on the task at hand and interferes with their ability to learn to focus intently and for extended periods of time. I ask you then, do you want your children to grow up to be mindful or mindless? The choice is yours. 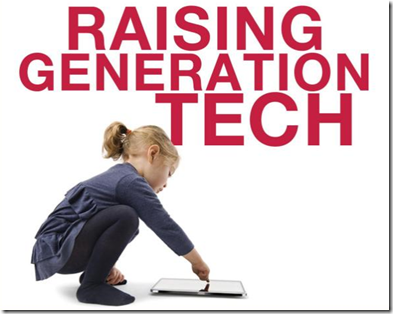