Now that the iPhone 5s and iPhone 5C have been let out of the bag it’s time to start the rumor mill going for the iPad. The iPad Mini has already been released to combat the smaller Kindle Fire line of Android devices and not Apple is going to have to up their game in the 10 inch screen size or 9.7 inch as the case may be. So in a video of a leaked iPad 5 back panel it appears that the new iPad 5 will be losing the huge outer bezel and getting more edge to edge like its smaller family member the Mini.

In the video below you can see that the new design resembles the iPad Mini quite a bit. Analysts have already been indicating that this is information that they had and now it looks like it could be true. I like the idea of a smaller surface area iPad 5 and this will help make carrying it around much easier. In the video they claim that the iPad 5 is ahead of schedule and could be announced in October. Stay tuned. 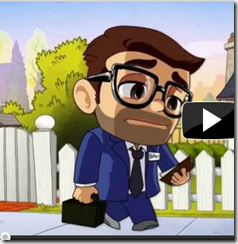 Anyone Up For Joyride? Jetpack Joyride lands September 1st