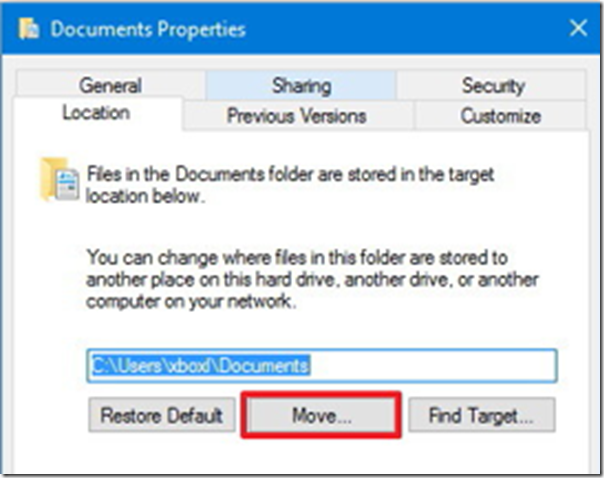 Between Christmas and New Years 2016, I decided it was time to fully embrace the Cloud. I was inspired by an article I read on Windows Phone Central earlier in the month (link below). The plan was to sync all of my desktop folders with OneDrive, so they could be accessed and updated on any of my devices. I started with my office desktop, creating folders in OneDrive for, “My Work Files” and “My Personal Files”, followed by subfolders for, Downloads, Documents, Photos and Videos. The office PC synced up my 23GB of data flawlessly. It’s been invaluable having access to all that data on my other machines, as well as my phone. My home desktop was next, syncing my primary folders to My Personal Files. Total of 30GB (I handle my 40GB Music folder differently than the others). I then proceeded to sync up my three portable devices with My Personal Files, adding a few files to Downloads, Documents and Photos along the way.

Everything has worked flawlessly since January. An occasional slowdown as OneDrive tried to catch up. But most of the time, no issues. Access to all your files online or offline. Works seamlessly in File Explorer, so using your Documents folder, for example, works as it always did. Except you are backing up to the Cloud continuously and sharing with all your other devices.  I highly recommend it. My home desktop, a 2012 ASUS i7-3rd Gen, was getting a little long in the tooth so I decided to replace it on Saturday. Through Amazon’s almost instant gratification Prime shipping, I had a spanking new ASUS i7-7th Gen – 16GB RAM PC to play with by Monday night. I spent the first few nights running Windows updates, restoring folders backed up to my external drive, syncing OneDrive with my primary folders and downloading/installing programs and apps. Everything went smoothly. No real issues.

Last night, I had the old machine powered on and thought it would be a good idea to uncouple my Downloads, Documents, Photos and Video folders from OneDrive, as I am planning to reset the machine and gift it to someone at the office (we still have several XP machines in service, uggg). I wasn’t sure if a Windows reset would confuse OneDrive in some way if the folders were still linked. So I though uncoupling would be the best approach. It seemed logical. To everyone, except the folks in Redmond as I would soon learn.

The process for linking/syncing your folders is really straight forward. After creating the necessary folder and sub-folders on OneDrive as described above, follow these steps;

– Navigate to your Users/”yourname”/Documents folder and right click. Select Properties

– Select the Location tab, select Move and set a path to the OneDrive folder/sub-folder you created for Documents.

– Wait for the files to be synced up to OneDrive.

– Repeat for any other folders you want to sync. Easy.

You will see the below dialog. Note that despite the message saying “move”, you are not actually moving the files. You are in fact copying them to OneDrive. When you are offline, the files remain accessible on your device.

Last night, I needed to undo the process, which is also pretty straightforward.

– Navigate to your Users/”yourname”/OneDrive/My Personal Files (or whatever you named it) /  Documents folder and right click. Select Properties

– Select the Location tab, click Restore Default’’. That brings up the the original location of your folder. 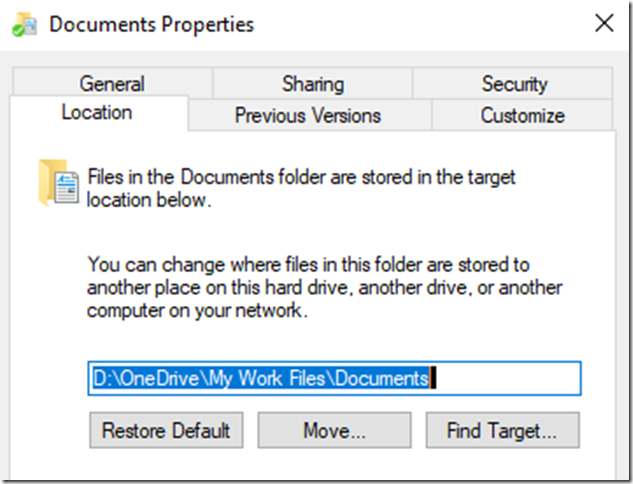 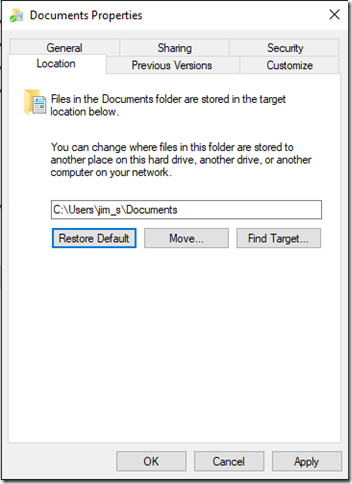 In Microsoft’s infinite wisdom, after following the above steps for my four linked folders, I realized that OneDrive was “deleting” all of my files from the Cloud, rather than just disconnecting the linked folders, so that they could continue to work, but separately. I was helpless as I watched OneDrive delete thousands and thousands of files, nearly 30GB of data, from my new home desktop, leaving skeletons of folders/sub-folders, but completely void of content. Of course, being a Microsoftie for decades, I was prepared. I already had all those folders carefully backed up to my secure external SSD. And ironically, those four folders remained completely intact on my old desktop after OneDrive uncoupled them. The files are still there now.

It took about two hours for OneDrive to completely purge 15 years worth of saved data. When it was done, remember my new desktop folders were still linked/synced with OneDrive, I simply copied the 30GB of data from my backup to those respective folders. I left the machine running overnight to complete the resyncing process. Lots of needless, unnecessary bandwidth usage on my account last night. Would it not have been easier for Microsoft to simply uncouple the folders and leave all the data intact for me to decide what to do with it later? Does Microsoft again assume that everyone in the world “only” has a single PC? Is that what they are encouraging me to do?

What happened last night is why it took till the end of 2016 for me to have the confidence to keep my “very important data” safely secured in the Cloud. Who needs hackers with ransomware schemes when you have Microsoft ready and willing to delete tens of gigabytes of data with a single click. A less experienced user could have easily started resetting their old machine. And without a viable offline backup, could have lost everything! Why Microsoft. Why.

Bill Gates Philanthropy Not Affected By Increased Time at Redmond