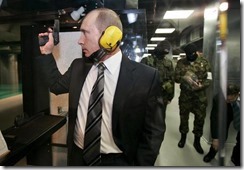 Doug Simmons: The 2014 Olympics, even if it were to go down without more bombs and terrorist rhetoric, is a failure, and we should all cut our losses and just call the whole thing off. Evidently, and most unfortunately, Putin underestimated his Muslim problem, or overestimated his luck and ability to suppress it. And now, before it even started, Sochi is essentially synonymous with fears of terrorism. It seems specific to Russia, London was smooth and Beijing’s biggest problem was some smog – no big whoop.

So calling it off, or postponing it to hold elsewhere in a less incendiary venue next year, seems prudent. Why the present situation wasn’t predictable enough to those who chose Sochi is beyond me. Two back to back bombings, promises to deliver tourists a surprise “present” and so-called black widows running amuck, half the tweets mentioning Sochi having a reference to terrorism, it being impossible to stop a determined suicide bomber with all the security in the world, even if banning everyone Arab-looking were politically acceptable many radicalized Muslims are not Arab but white and blonde too.

Asking the public to “remain vigilant” by the way is really just code for “Help us keep an eye out for dodgy Muslims,” and it feels, to me, like a coin flip that nothing excessively terrifying, if not just undesirably newsworthy, will happen during the event.

Post 9/11, even if terrorists fail to kill a bunch of people in the bleachers, someone lighting himself up at the outer security checkpoint, or someone with a vest getting arrested or shot by the Russians with that plastered all over the news (room made by all sponsors pulling their ads) at this happy international event that would devastate the world too hard and for too long for it to be worth it. It would light hatred between Islamists and everyone else on fire. Governments would have carte blanche, political cover, to crank up mass surveillance to more extreme levels and Snowden would be forgotten.

With further successful Olympic terrorism, the world would be shell shocked and Muslims in the business of terrorism would be emboldened more than they would if they succeeded, without more bombs, in pressuring 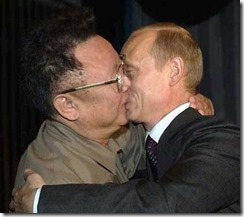 us to cancel the event for a longer period of time. The threat of terrorism has the upper hand now. Sochi could become not just a notch in their belt but a model of how to serve Allah. It would also be especially devastating for sane Muslims that have no interest in Islam taking over the world but just want to have some fun in life, watch television, work a nine to five and make friends. I’m aware such Muslims exist.

Some might call my suggestion “letting the terrorists win.” Maybe, but the way I see it, they’ve already won this round and we should just suck it up, pack up the skis and retreat. But leave football alone, obviously.

Murani Lewis: Agree with everything you said. Not enough attention goes to the sane Muslims that just want to pray and live a good life. Russia has ton of security holes and the likelihood of successful attacks is extremely high.

Jimski: Probably not a bad idea overall. Had Russia outsourced security to Israel, things might have been different. But then, they would have had to borrow more from China to pay for it. So fucking confusing.
N-1020

Marti Meyers: Thirded. This is gonna get ugly.
Sent from my Windows Phone

Doug Smith: Adding to Simmons’s point, note that today marks the second anniversary of the first wave of the Egyptian revolution, and, though perhaps coincidentally, Egypt’s back in the news with more killings and demonstrations. So things are still heating up not just in Russia. And that bothers me. 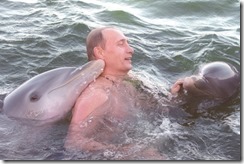 Doug Simmons: Nice point Smith, and kudos for adding an S after the apostrophe to make my name possessive (most people think you just slap on an apostrophe – which is true but only in certain exceptions).