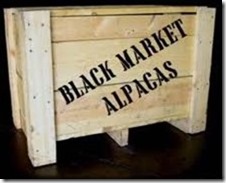 “We’ve won the War on Drugs because of Bitcoin,” someone remarked in an interview with Forbes regarding the success of his underground black market website referred to as “the Amazon.com of illegal drugs,” drugs of hundreds of varieties including heroin. He estimates his website facilitated tens of million dollars’ worth of such transactions, thanks to the anonymity afforded to him and to countless other illicit operations of the Deep Web by Bitcoin and Tor (along with that interview, presumably).

What are Tor and Bitcoin? In short, tools to communicate and engage in commerce anonymously. With anonymity there are good things and bad things that become easier to do without consequence. I see that the scale tips toward good for Tor in terms of it being a net contribution to society, but not for Bitcoin.

For those wanting more of a non-technical explanation, if you want to read or say anything over the Internet while making it prohibitively difficult for anyone to figure out your IP address or your actual location, Tor is your friend. So, if you’re a BBC journalist in China sending reports of human rights violations by the Chinese government back to the UK, Tor is for you. If your name is Edward Snowden, either you’re a victim of coincidence or Tor is obviously for you as is indicated by that Tor sticker you have on your laptop.

Bitcoin is a digital currency that is fairly insulated from any sort of central authority. Thinly-traded and relatively volatile, it enables folks to buy and sell things anonymously and directly (IE not going through a bank or Paypal to transfer Bitcoins). A peer-to-peer cryptocurrency. One arguably good thing I could do with Bitcoin is, after pulling up his site with Tor of course, donate money to The Jester, a hacker who targets militant Islamists using the Web to recruit, and not worry that if the feds nab him they’ll be able to trace that money back to me and charge me as an accessory. And then it lets Jester receive money to subsequently spend while limiting his own exposure.

Arming myself with Bitcoin and Tor, neither of which are challenging things for perhaps most people, I can google up a “list of onion sites” or perhaps “the hidden wiki” and get a directory of the likes of the following examples whom I can easily patronize, probably without getting caught (here’s a fuller list, click at your own risk): I could buy all the cocaine I want, and then once I receive the stuff I could review that drug dealer so that other guys like me know whether or not to do business with him. Just like Amazon, but the pages take longer to load. If I had a penchant for very illegal pornography or conveniently unregulated gun running, I’d have picked the right time to live because Tor and Bitcoin are the perfect keys to that disturbingly-vast den.

Or I could buy that cocaine not to snort but to use to set up my own shop – I’d order a few keys from someone highly-rated on Silk Road or a competitor, cut it heavily with baking soda and cheap transdermal anesthetics, then repackage and sell it myself online for a profit to then use to donate anonymously to the EFF in a bid to stick it to the man.

Anonymity for the purpose of free speech, Tor, sounds like a net contribution to society. But anonymity for the purpose of conducting commerce in a manner that cannot be overseen by law enforcement? As much as I’d like to give my favorite hacktivist a few Bitcoins safely (or, as he would prefer, to donate to The Wounded Warrior Project), commercial anonymity strikes me as making way too many bad things too easy to get away with doing to warrant the good. Neither your opinion nor mine will help facilitate or put a stop to this sort of online anonymity obviously, but what do you think? Follow-up question, is it gray area or grey area?