Ramon’s big Missing App for Windows Phone is Instagram.  Personally, having never used it at all, I don’t see the attraction; but then, I said the same thing about Pinterest until I created an account.  (Although, I haven’t used it in a while. Call it my short atten…SQUIRREL!)

Well, WindowsPhoneDaily.com is saying that CrackBerry.com has pictures of a BB10 running Instagram. BUT, they also point out the supposedly, the BB10 can run Android apps, so maybe it’s just BB10 running the Android app. 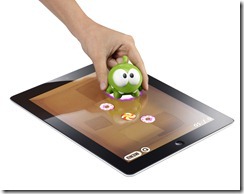 Physical Toys Interact With Your iPad Thanks to Mattel