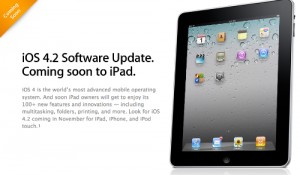 iOS 4.2 was supposed to bring multitasking to the iPad, along with AirPlay, AirPrint, and a host of other improvements to the tablet, and other iOS devices, TODAY at 11am PST.  But reports of an issue with 4.2 and WiFi connectivity are cropping up and the rumored release is looking like a big no-go.

MacStories has updated their story saying that there maybe another Gold Master beta release for devs and that the updated iTunes 10.1 will likely be released before iOS 4.2.

I’m hoping that they can get 4.2 out the door soon so that I can take full advantage of AirPlay with the new Apple TV that’s currently in transit from Shenzhen, China to me.  Wouldn’t mind having AirPrint as well. 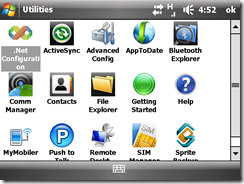 At What Price Would You Buy A Playbook? Yeah I’m Going...