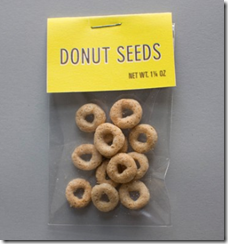 Microsoft as finally come forward to explain what went wrong with the update, who is impacted and where things are headed. IA few noteworthy items: everyone will get the update but it may be days or even months before this happens…ugh. Here it is in full, with a few items highlighted in red by me:

It’s been roughly 48 hours since we hit the send button on our first Windows Phone software update. The rooms around me are buzzing with folks monitoring the rollout, sifting carefully through incoming phone health data (from customers who provide it) and pouring over the anecdotal update reports you’ve been posting around the web.

You’ve said loud and clear that you want to be kept in the loop. So here’s what we’ve learned so far.

Contrary to some of the gloomy headlines out there, our preliminary internal data paints a very different picture about update progress:

Has the update process has gone perfectly? No—but few large-scale software updates ever do, and the engineering team here was prepared. Of course, when it’s your phone that’s having a problem—or you’re the one waiting—it’s still aggravating. That’s why we’re committed to learning from our first update and improving the process. We know we have work to do, and we won’t be satisfied until you are.

As the teams here continue to monitor the ongoing update, I’ll report back if there are any other noteworthy developments. Meanwhile, let me address a few other questions I’ve been seeing, here and elsewhere.

Q: I’ve read there are problems updating Samsung phones. Is this true?

Q: How can I make the update go more smoothly when my turn comes?

A: Given what we’ve learned so far, the best way to prepare for your update is to make sure your computer has an Internet connection and plenty of disk space before you begin. Why? Because before updating your phone, the Zune software and Windows Phone 7 Connector for Mac attempt to back up your phone data as a precaution. For more details, see Make room on my computer for phone updates.

Q: If I have questions or a problem with the update, where can I get help?

Q: Can every Windows Phone receive this update?

A: Yes. All Windows Phone 7 devices are eligible for updates.

Q: Can I get this update “over the air” via my carrier’s cellular network?

A: No. The only way to update your phone is to connect it to your computer and update it via either the Zune software or the Windows Phone 7 Connector for Mac. (Only the update notification is sent over the air to your phone.)

Q: I don’t live in the U.S. Will the update process work differently where I am?

A: No. Everyone with a Windows Phone 7 in a supported market will receive a notification when new updates become available, and will have to update their phones by connecting it to their computer and running either the Zune software or the Windows Phone 7 Connector for Mac.

Q: I still haven’t received an update notification yet. When can I expect it?

A: It’s hard to predict because it depends on many factors. It could be days—or even weeks—before you’re able to update your phone.

Q: Why can the process take so long?

A: The simple truth is that the smartphone world is complex, and even a small update like this requires a coordinated effort by multiple companies to pull off.

Another reason is that Microsoft and the carriers we’ve partnered with around the world need time to test phone updates to make sure they meet our joint quality, performance, and reliability standards. Testing schedules can vary, and that affects when you’ll be able to download an update.

We’re working closely with our worldwide partners to determine update delivery schedules and also looking for ways to improve the process.

Q: What happens if I don’t update my phone?

A: Even if you skip this update, you’ll still eventually receive it. The patch will simply be bundled together with our next update.

ABOUT US
Stay connected with all the latest tech news with Mobility Digest
Contact us: contact@mobilitydigest.com
FOLLOW US
© Copyright 2016 - Mobility Digest
MORE STORIES
Editorials

Simmons– You are right. We are just complaining about Google for...