Twenty minutes in, going on about their new iPod nano watch.

Impressive indeed.  Now I wonder how this sells against the GS2 and Nexus Prime.

Also a bunch of encryption and remote management enterprise-friendly shit which I don’t know if it’s just Android stuff or specific to Motorola or this device or whatever. Also LTE. Front facing camera, apparently video chat over 4G, 1GB ram. How do you stuff an 1800mAh battery into a 7.1mm phone?

But not Ice Cream Sandwich! It’s Android 2.3.5 (I’m running 2.3.7). That’s not what you call Google giving it’s special friend exclusive early access to the good stuff, especially when Google presumably announces the next Nexus, a Samsung device they say, running ICS.
2GB cap though with Verizon, unless someone else is paying for my overage that’s enough to keep me away.

Let’s see if Samsung can raise the bar a little higher tonight.

holy ipod knock off.. and that RAZR is ugly as sin.

Maybe, but they managed to get Samsung screen tech. And waterproof. I could have used a waterproof phone.. :(

iPhone 4S has more pixels and much better DPI.

will be interesting to see how many devs use that hardware as it should be used before the next superphone is announced (what’s that? that’s tonight? Oh..) and they start concentrating on it… and so on…

You have a good point, this competition, even though it leads to superior hardware faster, sure does suck!

Meanwhile Google’s probably getting even worse at making new Android releases intended to mitigate better and better what you’re driving at.

This will be a tough decision, Nexus or Droid thing, because I’ll have to make a list of all my apps and figure out which ones are most important and then stack them up, categorized by phone model/OEM compatibility, to see how many of them will only work on the Nexus and which won’t.

Fragmentation on Android is the most overstated problem of any we routinely bring up.

But that’s what you do, standard procedure, when the platform everyone else has has many phones that outspec anything available to you. Fragmentation this, new device every day that..

Otherwise the stunning success of Android has to be chalked up to fucking magic based on the shit you people talk about how horrible it is at everything.

All these emails are making me a terrible employee today…
As my good friend (and Verizon Wireless employee) put it: "there’s something sadomasochistic about buying one of our LTE phones knowing that out cap is only 2GB."
And again, I can’t stop LOL in a place where I should be focused.
Why no ICS though? Is that reserved for the RAZR II (which will probably be out in April or May, knowing Moto).  I know Google said that they were going to let Moto be its own company for a while but come on…

Or they developed all this enterprise shit, if it’s their own and somehow platform dependent, before they announced themselves when only 2.4 was available to anyone. Or they made the phones and boxed them up a long time ago, who knows. Or they want to make this debut of what in some important hardware aspects is a tip top shelf on Gingerbread which maybe they think is a safer bet, having had time to mature. Whatever.

Verizon by imposing a 2GB cap, which for us at least is very low (except Jimski), with customers not packing up and leaving, rather continuing to gain subscribers, sort of exhibits what’s known in some circles as a strong pimp hand, you know?

I just look back at the time when I was buying 5 or 6 devices a year to try and keep up with the market so I didn’t miss out on applications.. I can handle one major upgrade a year now… and don’t even get me started on ROMs with nightlys etc.. but I just don’t see how the community can keep up with the insane pace of releases of very bad ass devices that make previous bad ass devices look much less bad ass…

What’s this about keeping up? I’d call myself a power user slash tech blogger and I’m using a 20 month old phone, have been since July, and other than the whole 2G thing (it’s AT&T and I’m T-Mo), I’m quite happy with it.

Once I accepted that I had fried my Nexus S’s cellular abilities, I didn’t consider for a second buying a new phone rather than just using my old Nexus for a good four or five months which in a handful of respects is actually a better phone than the newer one. These are very timeless phones no matter how prolific the industry is (except if you have the weakness of not being able to resist buying another for two years — but hey, kudos for contributing to the GDP).

All that said, pretty every time I need to recommend a new phone, for a client or family member or a friend, with exception to my mother who’s got Android and a Linux laptop, I say iPhone. And right after I say that, they get an iPhone.

Same deal for MacBooks and iMacs.

Keeping up in the sense that at a certain point, someone is going to release ‘that app’ or ‘that killer feature’ which will not run on a device with out feature X Y or Z. It’s inevitable, and it happens in every market – some quicker than others.. my biggest issue with Android devices is that they’re replaced seemingly instantly by the latest and greatest (case in point: today with Moto and Sammy announcing superphones on the same day).

I know your recommendations lean heavily towards Apple. Have you put anymore thought into those article ideas I mentioned a week or so ago?

Ok back to the same question. Buddy has a strong tech background but isn’t planning on tinkering with XDA and the like. Razor or Prime? Is there anything that you lose in not getting the manufacturer shit? I don’t know what Android is up to these days…but is pure Google better than Moto’s version of it? Simmons, I presume you’re still going Prime, right? What about battery life? MOto seems to have placed a massive battery in this thing…

The only thing I know for sure about the Prime is that it’s called something else and may be announced to night, probably going to be Samsung, that’s the consensus.

I’ll get it for a few reasons, chiefly that it’s going to carry the Nexus badge, that if it’s Samsung it probably won’t be worse than the Nexus S of which I am rather fond. If it’s not available on T-Mo I’ll either wait or jump to another carrier, but that would take a lot of soul searching.

Samsung, unlike Motorola, has made it quite clear that they’re very developer-friendly. And of course the Nexus is the go-to phone for XDA-like interest, and that’s important to me.

For me pure Google is definitely better. But if I had a job that was considering BYOD for Androids rather than forcing you to use a Blackberry with their BES, whatever Motorola announced today with respect to BES-like manageability this RAZR can do (which I’m guessing is Motorola software), if that is significantly better than what Android offers in that department, which ain’t bad, then I might have an easier time getting the company to budge and let me use an Android phone on their tab.

Pure google is always better. Skins on top of UI always make a mess. Pure google or nothing.
Sent from my mango Windows Phone

I agree.  Plus, in light of the sense debacle discovered recently, I’d stay far away from HTC android phones for a while.

There’s also the elephant in the room… 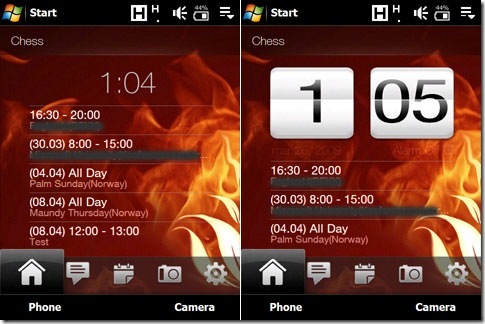 Be Easy, It’s My First Time