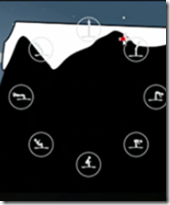 We’ve mentioned that MS is triaging WP7 Marketplace. So they sent out a round of emails to some developers giving them firm dates that they could submit apps into the Marketplace before it was open to the masses. Well it seems like a second round of emails went around today as a lot of developers are stating that they are going to be able to get early access to the submission process starting Monday. This means the store is getting filled with more apps in preparation for launch. Here are some specific games/apps that we know are now gaining early access:

Unit Converter (as the title states)

The puzzle game with nice graphics Bob the Burglar

Now there are a lot more devs that are stating they are eligible for early access but they’ve been keeping their apps close to their heart. You also have to remember that a lot of the larger developers aren’t vocal about their apps – let’s revisit this next wee though. Anyway, great to see that MS is reaching out to developers and getting the Marketplace ready for a launch.

Get Your TouchPad Yet? Don’t Worry, HP Will Have More This...