I’m not really into too many games but these trial modes keep getting me hooked. I downloaded Balloon Gunner on the day it came out and tried the trial (which consists of the first three flight levels) and had a great time with it. Today, I took the plunge and bought it for $1.99…and then the price dropped to $1.29 immediately after, but it was still worth it.

The game itself is a 3D plane (ok fine balloon) shooter where you tilt the phone to control your balloon and have to complete your mission. The controls take about two seconds to figure out and the gameplay is great. Of course, you get cannons, missiles and bombs to help you complete you mission. It’s well put together, a lot of fun, looks great and it’s at a great price. It consists of 40 levels and different missions as well.

But what about Rise of Glory? Yes, an Xbox Live title so it gets all sorts of attention. That’s also a great game but there’s almost too much involved to play. Too many controls and it’s a little bit more geared towards a serious gamer whereas Balloon Gunner has the feel of a slightly more casual game in a good way. You can pick it up and just start playing without stressing out over different levers.

Anyway, here it is in action:

It’s definitely worth checking out the trial and seeing how you take to it. I’m really into it already though but with the shaking of the subway in the morning it was a bit hard to hit the right target… 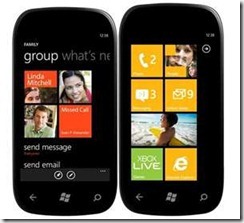