It’s time for the news once again. Over on YouTube I posted my quick look video of the new Samsung Gravity 3 and I did the video using the iPod nano 5th for the upcoming review of it.. not bad video.. anyway, read the news….

Shortly after publishing a recent 5-way SSD round-up, a number of the manufacturers that employ Sandforce controllers in their products released updated drives that offered more usable capacity to end users. The first wave of SF-1200 based drives to hit the scene had about 22% of their flash memory over-provisioned for cache purposes, wear-leveling, and other proprietary Sandforce functions. 100GB drives like the OCZ Vertex 2 and Corsair Force F100, for example, actually featured 128GB of flash memory on-board. The second wave of drives to arrive, however, have about 6.25% of their flash memory over-provisioned, and as such, they offer more usable capacity to end users.

Quote: The most commonly quoted solution to speeding up a computer is to add additional ram, fortunately Crucial has come out with a speedy 4GB Ballistix kit weighing in at DDR3 1600 (PC3 12800).
LINK: http://www.techwarelabs.com/crucial-ballistix-ddr3-1600-4gb-kit/

Quote: At this point, SSDs sporting SandForce controllers seem to be a dime a dozen.  This hasn’t stopped G.Skill from releasing their own SF-1200 based drive but they have also modified the design in order to improve performance while keeping its price below that of the competition.  Could this be the perfect SSD for enthusiasts looking for maximum value?

Raidsonic IB-NAS6210 :
English link:  http://www.rbmods.com/content/23819/introduction–specifications.aspx
Swedish link:  http://www.rbmods.se/content/14748/ib-nas6210specifikationer.aspx
Quote:   We’ve reviewed quite a few raidsonic products over the past few years. Today we will take a look at their newest NAS-device IB-NAS6210 which has a gigabit ethernet interface and can act as a mediaserver. Let’s take a closer look and see how it performs against other NAS-devices we’ve reviewed in the past.

Quick Review: AOC iF23 23-inch LCD Monitor
QUOTE: "AOC for a long time has been associated with budget displays; not so much budget in the sense of poor quality, but budget in the sense that they’re cheaper than their competitors. It’s been a few years since I’ve looked at an AOC monitor; let’s just say that 4:3 was still the in screen ratio at that time. So let’s have a look at what AOC are doing these days.
At first glance I have to say that the iF23 is a beautiful looking monitor. Not to sound harsh towards AOC, but it’s a lot nicer looking than I thought it would be. The iF23 comes in at 23" as you might’ve already guessed. It sports a 1920 x 1080 16:9 resolution via an IPS panel. We’ve also got a 100,000:1 Contrast Ratio (Typical), 6ms response time and 250 cd/m2 brightness ratio."

Review Link: http://www.xsreviews.co.uk/reviews/other-products/ac-ryan-playonhd-media-player/
Quote: "HTPCs and media centres are growing in popularity as our houses become far more linked in terms of media. However, these systems can still be too expensive for some, or too big, too complicated; what’s a guy to do? One option it seems is to get yourself a network media player. Today we’re reviewing one such device, the AC Ryan Playon!HD."

Quote: “High Definition (HD) video is all the rage right now. I don’t think you can find a new digital camera these days does not record video in HD. With video being easier to capture and all of the video sharing sites out there pocket video cameras are really popular right now. They are small devices to make it really easy to record video and most record in HD. Today we will be looking at one such device, the Zi8 from Kodak. It features 1080p 16:9 video capture, an SD/SDHC card slot, and an external microphone jack to record stereo sound. Geeks.com was nice enough to send the Kodak Zi8 Pocket HD Video Camera over, they are a great place to find cheap camcorders." 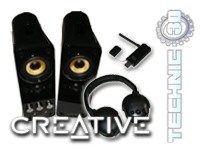 Translation Link: http://translate.google.de/translate?u=http%3a%2F%2fwww.technic3d.com%2Farticle-1094%2C1-creative-sound-blaster-wireless-music-system.htm&sl=de&tl=en&hl=&ie=UTF-8
Quote: "The Creative Sound Blaster Wireless Music System  arrived Technic3D. The wireless transmitter upgrades your PC to a wireless sound system. Simply plug it into a USB port, and stream music wirelessly to your powered speakers or home stereo system via the Sound Blaster Wireless Receiver – no cables or network configuration required. Enjoy your music anywhere in your home by adding Sound Blaster Wireless speakers and headphones? We will check this with the Headphones and Gigaworks T20W Speakers.

Quote: "Over the past three years, I’ve reviewed two camcorders (2007, 2008) and two Samsung digital cameras (2009, 2010).  There were some good and some not so good releases from Samsung, but the WB550 was where things started to drastically improve from previous years.  And that is the essence of becoming the best, by improving with each release of a similar product.

Today I review Samsung’s brand new NX series offering dubbed the NX10.  The NX10 is a unique product because of where it slots in the camera classes.  This unique product is a fusion of digital camera and DSLR technology and in the end combines the best of both worlds.  It also records in HD (720p) video too!.  We’ll see whether or not things have been improved at Samsung in regards to picture quality, video quality, general usability and whether a mixture of digital camera and DSLR technology can create a great end result." 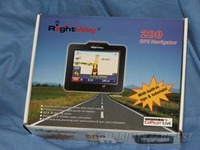 Quote: "Today for review I’ve got another Portable GPS navigation device for review from our friends  over at Geeks.com. This one though is one that I never heard of, it’s a brand called RightWay and it’s the model RW 200 which features a 3.5” touch screen and a ton of other features. I’ve looked a a few GPS units in my time reviewing, but this one is the first that I’ve seen that can play movies, but it can also read ebooks, view photos and play music, it’s like a portable media player with GPS functionality and I like it. It’s not perfect though, but it works fairly well for everything it needs. This thing is though full of features, so this review is a bit long with lots of pictures.. Read on.."

iPhone 4 vs. Droid X
"The comparisons began before the phone even arrived. With Motorola setting a press conference date the day before the long-awaited iPhone 4 launch date, the stage was set for a battle royale, and Motorola delivered with a surprisingly fit challenger that came out swinging. Now that both contenders have weighed in, it’s only natural to run the stats side-by-side to see which phone prevails. After getting in a few hard-hitting jabs at Apple’s soft spots with the original Droid, does Motorola have what it takes to return to the ring and knock out the spunky new kid? Before you call your bookie, check out the numbers."
Link to the article: http://www.digitaltrends.com/mobile/mobile/devices/mobile/iphone-4-vs-droid-x/ 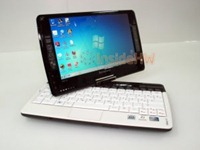 Summary:You may end up with the impression that we’ve had many remarks to this small Lenovo Ideapad. That may be true, but Ideapad S10-3t proved to be one of those devices that you like despite its flaws.
Article link:http://www.insidehw.com/Reviews/Notebooks/Lenovo-IdeaPad-S10-A-Miniature-Tablet.html

What Internet Browser is Fastest for Windows in 2010? @ Legit Reviews
Article URL: http://www.legitreviews.com/article/1347/1/

Quote: "Using a resolution of 1366×768 and no other applications open, we fired up the Peacemaker benchmark to see which was the fastest internet browser. After the dust settled Google’s Chrome 6.0 was clearly in the lead and was nearly nine times faster than the slowest web browser, Microsoft’s Internet Explorer 7.0. Mozilla fans should be happy to see that Firefox 3.6.4 scored higher than Microsoft’s Internet Explorer 9.0 Preview 3 and the ‘unknown unknown’ result in the chart above is actually Firefox 3.7 Alpha 6. It looks like Firefox 3.7 will bring some significant performance improvements, but had lower script performance than Safari 5.0. Google Chrome and Opera dominated the top of the performance list by claiming the top four spots in the chart.  "

OC3D Week In Words.
Quote: Like a rampant teenager we are always looking for new things to try, so this is the pilot run of a brand new video blog feature.
Link: http://www.overclock3d.net/reviews/audio/oc3d_week_in_words/1

One of the best ways around this is to install Windows 7 from a USB drive, which can cut the install time down to around 15 minutes (from 30-40 via DVD) if you use a fast drive. I am constantly being asked to explain to friends and colleagues the best way to do this as many of the guides online are too complex, or require third party software which doesn’t always work. With this KitGuru guide all you need to ensure is that your motherboard supports USB booting … which is pretty much a common feature now.

Read the article over here: http://www.kitguru.net/software/zardon/how-to-install-windows-7-from-a-usb-drive-easy-no-tools-required/

After our journeys were complete at COMPUTEX Taipei 2010, we had a couple days to do the tourist thing before we embarked on our next adventure. This time around, we hopped on the tour bus and made our away around to three Taiwanese electronics companies: GETAC, who makes rugged computers, GIGA-TMS, who work on RFID technology, and Champtek, who also create products based on RFID technology. On these tours, we were able to go behind the scenes and see where these gadgets and other technology tidbits are designed and made.

Quote: "Service Pack 1 for Windows 7 and Windows Server 2008 R2 includes previously released updates and delivers a number of powerful new features for Windows Server 2008 R2 for virtualization and Virtual Desktop Infrastructure (VDI). New techniques in memory management with the addition of Dynamic Memory functionality, as well as the ability to deliver full-fidelity graphic experiences in remote and virtualized environments with RemoteFX, enable organizations to realize the greatest possible potential from their infrastructure. Build number is: 7601.16562.100603-1800 (aka beta 1)."
Download Link: http://www.ngohq.com/news/18086-windows-7-service-pack-1-beta-exclusive.html

A Five-Way Linux Distribution Comparison In 2010 @ Phoronix
Direct Link: http://www.phoronix.com/vr.php?view=15072
Summary: "With many Linux distributions receiving major updates in recent weeks and months we have carried out a five-way Linux distribution comparison of openSUSE, Ubuntu, Fedora, PCLinuxOS, and Arch Linux. We have quite a number of tests comparing the 32-bit performance of these popular Linux distributions on older PC hardware."