One of the must have apps for Microsoft to get for Windows Phone must be Skype. Heck, it only makes sense since you own them to go ahead and slap it on your own mobile platform right? Well, to date as you all know we haven’t seen it yet, either integrated into the OS as hoped, or as stand alone app. Even though Joe Belfiore has stated that we would see Skype in late 2011, it still has gone missing. According to The Verge, it looks like they have sources that have indicated that Microsoft is in final testing and have even been downloading a test version from Marketplace. Meaning a stand alone version will come first. Sources also indicate that we will see the app version of Skype launch at the Mobile World Congress. The new Skype app will have the Metro UI format and have a two column grid to display contacts. Even though I have gotten quite fond of Metro, some apps I would better prefer left alone like Slacker. I really like the iPhone UI better than the Metro layout on the Titan. We will have to wait and see how the UI works using Metro for the new Skype app. Stay tuned for more on Skype’s eminent release for Windows Phone at MWC. 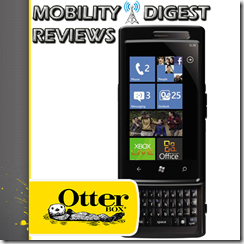