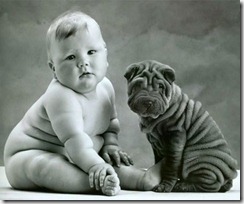 I’m pulling another Assange on my fellow writers by publishing an ongoing email thread of theirs. This one ain’t bad, one of those end of the year predictions for next year’s year end exchanges.

So skim through our great ideas, then jump in either to add yours or refute ours and keep it rolling! If we get enough predictions, we’ll eventually turn out to have gotten something right a year from now, then we can brag about it and get massive pageviews.

Hint, if you’re thinking of trying to put money on any predictions that pop up in this article with our writers and readers, take the pro-Android side.

Let’s keep it going so we can post on it and I won’t make bad predictions this year. Try to keep this email chain on target. Any predictions? I’ll do a few:

1. Android dives into the tablet market in a major way and can compete thanks to Android 3.0 but the iPad still outsells it for the year

2. In terms of straight OS activiations, 2011 will have more Android phones activiated than iOS.

3. In the US the OS war will be as follows by the end of the year 1. Android

4. iOS will get 1. streaming music like Zune 2. voice controls within the OS

3. upgraded camera (8mp rear camera) 4. slimmer iPhone, with a metal back replacing the glass and of course the antennae will be fixed with Apple touting that the new design drops even less calls than any other version (which means sh#t).

5. Android will get a UI. Yes, even the pure Google phones will have a workable UI that’s in line with 2011

6. NFC becomes standard in phones so we need to get used to it

7. Windows Phone will only be one year behind the competition by the end of 2011. Real time Xbox game play will be presented by mid-year and many of the known fixes and additions (including Bing turn-by-turn, camera API, etc) will be available by year’s end.

OK gotta go back to work…anyone want to add or cotnradict anything I jsut wrote?

I think iOS 5 will not only introduce a Zune-like streaming account, but it will also bring about a drastic UI change for Apple.  As far as hardware changes, the only logical advancement other than the camera or NFC would be the increase in size of the screen.

The new iPad will be insanely popular like the current one.

I also think that Nintendo’s 3DS will sell like crazy though :)

I would guess that Apple comes up with a Live Tile-type interface. Just the other day, had a new iPhone user that I was helping ask why it was telling them that it was 73 degrees out (it’s ~10 in Chicago right now..). Since MS has put it to officially to market, it only makes sense that it gets picked up elsewhere.

Unless MS comes up with a portable Xbox of sorts, I envision WP7 becoming a strongly competitive platform for games, just as Xbox has become in the standard market. If they do come up with some type of portable Xbox however, they’re digging their own grave, as they’ll then have 3 different platforms for portable gaming.

I’m also not sure if Android will pass up iOS overall. While Android is certainly growing quicker than iOS, both are growing, and I just think that the number of iOS devices is too large to overcome. I’d say that it’s certainly achievable over the next few years, but iOS also has a strong appeal to the non-smartphone crowd, and Apple’s marketing blitz certainly helps their cause.

2.  BB will surprise people with the playbook.  If they do not then this will be their last hurrah in 2011.

4.  WP7 will become enterprise driven after the major updates for the consumer version.

OP’s note: I have no idea what he’s talking about with #5…

agreed.  Especially for their phones and the PSP.  Now, If Nintendo made a phone, the iPhone would have some serious competition in overseas markets, maybe not so much in the image conscience United States (at first at least)

Despite consumer demand Microsoft will not bend and offer direct Outlook sync with WP7. They will enhance Live though, maybe adding ToDo/Task sync, contact photo sync and other incremental improvements. Outlook will become more business centric and depend on Exchange for sync.

3D won’t be mainstream unless someone figures out a better parallax solution for price than what Nintendo is using.