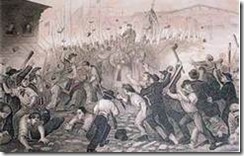 Ever since the first iPhone came out, The Masses have been slavishly lining up to pick up the Next New iThing.  Whether iPhones are or are not The Best is debatable, and probably at least somewhat subjective. Other sites and articles have benchmarked mobile devices to death, so I’ll let that go. What I want to discuss is perception.

Yes, I have become largely a Microsoft fangirl.  That almost wasn’t the case: I was flashing the ROM on my Fuze/TouchPro every month (occasionally twice a month), the applications didn’t really send me, and I could afford to upgrade when the time came.  I could never drink the Apple-flavored kool-aid and I had no desire at all for a Crackberry, so I was just about resigned to go All In with Android and give my digital self over to Google.  Then I heard it: Windows Phone 7.  It would be clean, beautiful, and it would “just work.”  Hmm. Windows, the behemoth, to match my PC, or Android, fractured, ugly, and tied to Google, who was becoming the Evil they swore not to be.  Windows it was.  And I haven’t regretted a single moment.

Apple, however, is still largely touted as The Best by both media (those tech and non-tech) and The Masses.  My sister-in-law and her family are All In with Apple. The sisters-of-my-heart, two of my closest friends, went from Blackberries to iPhones, mostly because they got a massively good deal from the younger’s work.

Where am I going with this?  What with Antennagate, Scuffgate, Wifigate, and Purple Haze, Apple seems to be caught up in “we’re on top, we can’t do any wrong” syndrome. Yes, The Masses have still cued up before opening to get their grubby mitts on the new iPhone 5.  Yes, pre-orders were massively high.  However, the level of anticipation is not as high as it seems to have been for the iPhone 3, the iPhone 4, or even the iPhone 4S.  The 4S disappointed because it wasn’t seen to be much more than a slightly incremental improvement – there was no “wow” factor.  The iPhone 5 is suffering from the same problem.  Sales have been high, but not as high as expected.  Are people coming back down to earth after suffering from iThing High?

Here’s what triggered this line of wondering:  I was taking the elder of my heart-sisters around on errands today. (She has epilepsy, and cannot legally drive in the State of Florida.) As I said earlier, they have iPhones 4Ses. Last week, iOS6 got pushed to them (and they couldn’t say “No” to it – that’s another beef they’re having with Apple).  It has been a stream of cursing at their devices all week!  And, being the resident Mobility Person, boy am I getting an ear full.

Maps isn’t a big deal to them. They don’t have the Purple Haze problem because that seems to be a iPhone 5 issue. They’re on Sprint, so hopefully they haven’t been hit with the on-WiFi-but-getting-charged-cell-data issue. No, it’s the battery (which I hope isn’t a symptom of the WiFi problem. We’re going to be checking that when their usage comes in).  As we were driving around, my friend told me that before the iOS6 update, she could go a whole day without charging. Now, it can go from 100% to 50% after an hour of just talking on the phone and texting.  If she plays some games, the battery can loose 15% in 10-15 minutes!

And she’s an Apple fan!  She’s owned Macs in the past, and loves them; prefers them, in fact.  But here’s the point: SHE ISN’T LOYAL.  She has sworn to NEVER buy a Mac again, because of Apple’s attitude!

It seems that when she bought her last Mac, she bought a warranty. But for some reason, whether it was Apple policy, or a quirk of Florida law, since she was neither an educator nor a student, she could not register her warranty with Apple.  (This is long before Apple stores.)  Within months of owning the Mac, she saw smoke coming from the power supply, and the thing died.  It wasn’t until after that warranty period expired that she learned there had been a recall for that model for exactly the power supply problem she had.  No attempt was made from Apple to inform her, as an owner, nor did she ever see any announcement on Apple’s homepage.  How did she know the latter fact? Evidently, the Apple homepage was the default when opening Safari, and she NEVER changed it.  So she saw that page constantly.  I’ve had recalls on my vehicles: the maker and/or the dealerships send me notices when there are recalls.  But because Apple displayed Absolutely No Concern over letting consumers know about this problem with their $1500 device, she has sworn to never buy an Apple PC ever again.

THIS is the disaster that Apple is courting by shrugging off antenna problems, camera issues, Maps errors: customers saying, “Screw it!” and going on to Something Else. In contrast, when Nokia’s Lumia 900 had issues at launch, they refunded $100 to anyone who bought one in the first month.  So guess who got goodwill from their customers?  Sure, Lumia 900 owners complained, but when Nokia said, “You’re right. Here – we’ll try to make it right,” they accepted it.  By saying, “Well, YOU’RE holding it wrong,” Apple is not accepting responsibility for its product.

If The Masses begin to think something “just isn’t working,” look out: they WILL move on.

I can agree that we’re all harping a lot on Apple lately, but that’s because it’s their game to loose.  Steve held Apple together with the force of his personality, his Vision. And agree with him or not, it was a good and a powerful one.  And, with very few exceptions, it worked incredibly well.  With him gone, it seems that Apple is becoming just like every other corporation.  It remains to be seen if they can keep their perch on top of the heap. It may not be pretty to watch them fall off their pedestal, but maybe that will wake them up, and make them the customer-centric company they once were.