Browsers are an important part of the internet experience. But of all the internet browsers, the top two are Chrome and Firefox. Both have their advantages and disadvantages. So, here’s a comparison between the two.

Chrome edges out Firefox on speed. This is because Chrome is a bit more streamlined in its startup system. But Firefox is catching up in this area. However, the difference between the two from InternetProviders.com is barely noticeable and upgrades in Firefox could put them on equal footing quite soon.

Of the two browsers, Firefox has the better security features that stop tracking cookies. Chrome has some major security loopholes and is working to fix the issue by asking its users to inform them of the worst offenses. While Chrome is working through these issues, Firefox is so far keeping up with new threats.

There are a couple of programs like JavaScript and reading pdf files that the browsers need at least some capability with. This category goes to Chrome in working with these types of files. While you can download separate readers for both JavaScript and pdf files, it is still a nice to read these sites without the downloads. Firefox is fixing its pdf reader issues and for the most part has solved them. They are working on getting a faster upload for JavaScript.

The HTML5 test is of the browsers to see if they are ready for the future upgrade coming to the internet. This little test determines whether a browser can handle this new revision of communications. A perfect score is 500. Bonus points are also awarded. Chrome scores higher in this particular category at the moment. But expect new upgrades in Firefox to start closing the gap.

This is a preference category. So, there is no clear winner on this one. Both have adequate tab organization and can group different tabs. This is handy if you have lots of places to visit. But only Chrome allows you to shortcut the tabs. Whereas, Firefox requires that single extra click. If you like using only one or two tabs, then this feature won’t interest you much.

Firefox is the clear winner on customization. The reason is pretty obvious. Firefox is adapting its features to what the users want in convenience. Chrome offers some customization but not to the same extent. It is these extra features that give Firefox a pretty big edge. Chrome is slow to catch up on this front.

Statcounter puts Chrome on top for last year as the most popular browser. However, the gap really isn’t that large. So, the race is still close. Firefox does have some catching up to do on speed and compatibility while Chrome needs to work on Security and customization features.

The best browser is Chrome by a very narrow margin. It does have a slight edge in the number of categories. But Firefox is right on its tail and the competition for next year is very tight. 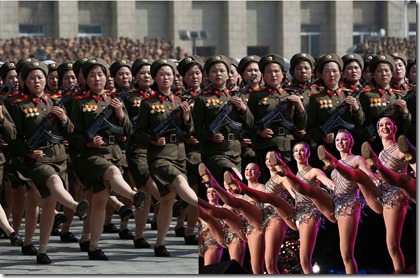