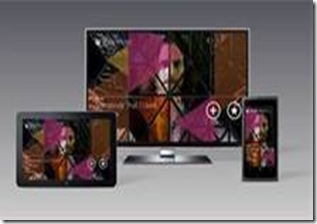 The Verge is reporting that multiple sources familiary with Microsoft’s plans are now confirming that the long awaited successor to Zune will launch on October 26th. Why is that date so exciting? Well this happens to be the day Microsoft takes the wraps off of Windows 8 and make it available to purchase on existing computers as well as new hardware will go on sale that day. Many of us are looking forward to getting our hands on the Microsoft Surface tablet and tens of millions more will be upgrading to Windows 8.

Another key aspect revealed is that Microsoft plans to offer a free-ad supported streaming service – similar to Spotify – alongside the current Zune Music Pass type offering. This means that those who wish to save a few bucks but enjoy a nice, flowing selection of music on their Windows 8 and Xbox powered devices will be able to do so. I hope that the service isn’t just U.S. only. Millions of potential users exist throughout the world and are just waiting for the chance to use the service.

FInally, a key part of the service is Microsoft delivering on its SkyDrive integration push. SkyDrive integration will allow users to store music and playlists in a cloud collection and made available across multiple devices. In essence effectively enlarging the amount of music users will have access to at any given time. We’ve already seen evidence of Microsoft prepping for this by music files and folders getting cover art loaded automatically when synced with SkyDrive.