Did you hear? The new iPhone is coming. Watching the nightly local news for the first time in maybe years I go a front row seat at a featured story on how the iPhone 6 is coming. Bigger and better than ever as the headline was read. My reaction? What special kind of sorcery is this?! There is a special kind of degrading faux superiority that exist within the borders of America. Android phones have been ruling the lands for quite some time. Just don’t try telling anyone who think they “matter” this. Lest we forget the supreme commander of the big phone brigade is the Samsung Galaxy Note 3. The gulf between it and everything else isn’t even close. By the time the iPhone 6 rolls around this late summer, fall the Note 4 will have taken the best of Samsung’s wonky endeavors and delighted tens of millions setting yet another standard. If you’re one of those “if only the iPhone had a bigger screen” types rejoice. You’ll get your wish. Sadly you’ll soon get your wish. You’ll get the same experience only bigger. But hey maybe Apple will add some cool integration with the impending Beats acquisition and your music will never sound better. 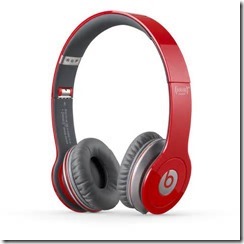 So an Apple for you and everyone else who wants to get the latest of the best thing going. Soon millions of tiny handed consumers will say what they’ve been afraid to say all along. Size does matter. This stuff practically writes itself. Its almost as effortless as watching millions take and post the most ridiculous of selfies exposing just how attention craved they are. Now that I think about it a snazzy set of Beats by Apple headphones might just be just what the doctor ordered. Where does the line start? Don’t look at me like that. I never said I didn’t like attention too.

Stay humorous my friends! Or not, no biggie!